NRL 2013: Should there be planned AFL-NRL Double-Headers at Moore Park? | Round 8 #NRLTweetPOTY Votes

COMMENT: Why Moore Park must embrace AFL-NRL Double-Headers.
Round 8 News and Views and @NRLTweet Player of the Year Votes 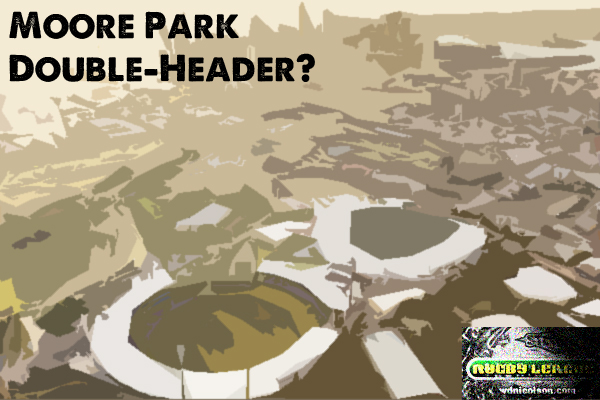 This is a regular feature on www.wdnicolson.com - every week we will post a Set of 6 Tackles that form a Complete Set by the end of the Round. It also features Votes from Round 8 of The @NRLTweet Player of the Year Awards. Let us know what you think of each topic via @NRLTweet

| ROUND 8 @NRLTweet Player of the Year Awards Votes below |


It's time for a Moore Park Double-Header... in fact, more than time.

Let me preface this comment by recognising the elephant in the room - the AFL and NRL aren't going to give each other a leg up if they can help it, because as they see it - they are direct competitors in the Australian Sporting Market.

But if they did a little bit of 'you scratch my back, I'll scratch yours' then both codes would benefit from a bumper Sunday or Saturday afternoon at the Sydney Cricket Ground and the Sydney Football Stadium (Allianz Stadium).

The reason this concept of playing an AFL game at the SCG followed by an NRL game at the SFS (or the other way around) is on the agenda now, is that the NRL just missed a golden opportunity to capitalise on the order of matches played at the Moore Park precinct this past Sunday.

At 1pm on Sunday May 5th, the Sydney Swans played the Brisbane Lions at the SCG... with 23,315 odd Sydneysiders turning out to watch the red and white on a glorious Autumn afternoon. Then just two hours later at 3pm, the Sydney Roosters played the Penrith Panthers at the SFS... with only 11,176 fans taking their seats to watch the red, white and blue (and the Panthers - as they are obviously another Sydney team) - on the same glorious Autumn afternoon.

Now before we go into the specifics of how to make this an actual Double-Header, it must be pointed out that had the Swans been playing by themselves at the SCG on a similar Sunday arvo and the Roosters also by themselves on a similar Sunday arvo against the same opposition - the Swans and Roosters still only draw crowds of 23,000 and 11,000 respectively.

Which once you add together the approximate total number of people in the Moore Park precinct on Sunday... those figures are rather disappointing.

Why couldn't the Swans push past 30,000 and the Roosters attract over 20,000 if the games had been spaced out perfectly to allow those AFL fans leaving the SCG to walk all of 500m to the SFS to watch the Rugby League?

@NRLTweet Player of the Year - Round 8
Votes from Round 8 are below.


The most frustrating part of that equation is the NRL could have capitalised on the SCG crowd by simply pushing the Roosters-Panthers kick-off back to 4pm.

Channel 9 were covering the game's 3pm kick-off, but screening it on delay with a 4pm start... so there wasn't any outside influence forcing the game to stay at a 3pm start.

Yet by the time the AFL had ended at approximately 3:30pm... the NRL had already started half an hour earlier, so the chances of any casual walk ups from the AFL game taking in the NRL match at full prices were next to miniscule...

Now there may be a slight argument that in order to clear the Moore Park precinct the games had to overlap so that one group wasn't leaving as another was arriving - but why give the fans a choice?

If you offered a 2 game ticket combo for say $40 or $50 (Ideally $30 but that's not going to happen in this day and age of bean counters being happier with crowds of 10,000 at $35 a head v 20,000 at $15 a head) then perhaps both codes would benefit from a crowd that at least has the option of doing the ski-double up and attending both games at a family friendly time.

The timing is the key - a late afternoon game and a night game wouldn't work. Too many people have things to do on a weekend night, and families will not keep their kids around for the second game as readily if a 10-11pm 'get home' time is on the cards.

If fans don't want to stick around - ie. complain that they dislike the other code, then force them to face the traffic... that'll convince them to give that 'other code' a chance... and once you give something a chance, you never know...

So really is there really a significant downside to this?

It may only be a one-off each year, but surely when the stars align and situations like the one we saw last Sunday arise - the AFL and NRL can take full advantage... and who knows the fans might actually be the winners here!

Do you think the NRL and AFL should work together to facilitate future Double-Headers?

And before we go a special announcement for regulars on the site for the last few years who have felt their Thursday mornings be just a little incomplete in 2013... 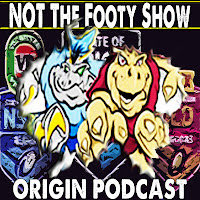 We're BAAAACCCCCKKKK...
Admittedly only for a one-off State of Origin Special but after getting a lot of feedback that people had missed our combination of footy chat and I guess you'd call it 'analysis' - a few of your NOT The Footy Show regulars are reuniting on May 31st to produce an hour long podcast previewing Game 1 on June 5 at ANZ Stadium.
We are not returning full time, this is just a chance to talk some footy with old friends and hopefully - remind you all of what you've missed!
So keep an eye on @NRLTweet for more details, but the hope is to have DC Chapman, Jake Hauritz, Maria Tsialis, George Taylor, Nic McInerney and Matthew Duncan join host Warrick Nicolson for more NOT The Footy Show fun.
The one-off Podcast should be available on www.wdnicolson.com and iTunes by early afternoon Saturday June 1st.

A new (full) Complete Set will be right here on www.wdnicolson.com next Monday.

@NRLTweet Player of the Year Award
Round 8 Votes

This is how the votes were handed out for Round 8.