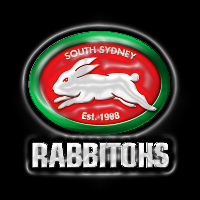 @NRLTweet's BRIEF
Last year proved the Bunnies had it what it took to match it with the big boys of the premiership and perhaps had their rookie half not done a hammy in the prelim final - they could have been there on Grand Final day. But the fact is - they fell a game short, restocked the roster with a couple of key additions and have a guy called Greg Inglis. It's not quite Premiership or bust at Souths - but right now the club has their eyes firmly on the prize.

IMPACT PLAYERS
Ben Te'o was South Sydney's big ticket signing, with the club using a good percentage of the contract Dave Taylor was on to sign the former Bronco and Tiger. He'll start in the backrow, while forward Thomas Burgess was added from Super League to complete the Burgess Quartet. His twin brother George plied his trade in NSW Cup last year - and both could end up in the top grade. Bryson Goodwin and Beau Champion were added in the off-season and are good enough to start in the three-quarter line, while Jeff Lima could be the best purchase of them all - adding grunt up front.

PREDICTED ROUND 1 TEAM
Merritt is expected to be recalled from his Charity Shield standing down for missing a training session and Lima should return from a knee issue that also saw him miss that game. Champion is thought to have the edge on a spot in the centres with Farrell who will deputise for the injured King. Everingham should hold off Goodwin's pre-season challenge. Clark will be on the bench for sure, and Tyrrell might have a slim lead on George and Thomas Burgess for a spot there as well if Lima isn't fit. Ben Lowe might even start at lock, though he does not make our best South Sydney team.

YOUNGSTER WATCH
Luke Keary put up gaudy NYC attacking numbers and although he might not be Maguire's first choice to backup Adam Reynolds at halfback. Thomas and George Burgess can both contribute up front, while Mitchell Buckett, Dylan Walker and Kyle Turner all had tastes of the top grade in the Charity Shield. There are another two wildcards - hooker Apisai Koroisau and former Penrith project Greg Waddell could be spotted at some stage in the next 12-18 months.

HOME GAME YOU CAN'T MISS
Round 1 is at the SFS as a Roosters home game but don't miss if it you can get there this Thursday night. The Bunnies have only 3 games at ANZ Stadium in the first eight rounds (one is a Canterbury home game) with the Dogs game in Round 4 on Good Friday a ripper and two weeks later in Round 6 - the Saturday night clash with Melbourne is worth marking the diary. And keep the final month free South Sydney fans - home games against Manly, Canterbury and the Roosters and an SFS showdown with the Tigers from Round 23-26.

PLAYOFF CHANCES
Full year of GI equals home final
We've been saying for years that Inglis is the best big game player in the world and last year he showed what he can do with an extended run free of injury... dominate week to week. He makes the Rabbits that much better that they could go from a Top 4 certainty to simply a likely Top 8 team - and in today's NRL that's a big difference. Before everyone anoints Adam Reynolds as the new NSW half - let's see him get the Bunnies into the Top 2 come Origin selection time... which he's capable of doing.

@NRLTweet's PREDICTED REGULAR SEASON FINISH
2nd | They are Melbourne's biggest threat with the team that beat them in the prelim final last year experiencing some uncertainty entering 2013. GI might be the man and Sam Burgess might be the game's best forward (not wearing #9) but John Sutton and Issac Luke need to be 'on' in September to get the Bunnies that premiership they've been seeking since 1971.

Can Greg Inglis or Sam Burgess take Ben Barba's mantle as the game's best player in the 2013 @NRLTweet Player of the Year Awards?