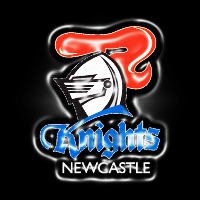 @NRLTweet's BRIEF
Hyped up after the arrival of Wayne Bennett, the Knights had dropped all the way to 12th by the end of 2012... the return of skipper Kurt Gidley and the supercoach getting the pack he wanted are two massive steps forward.

IMPACT PLAYERS
Bennett signed two of his favourites in Jeremy Smith and Beau Scott and while their arrivals may stunt the development of a kids like Alex McKinnon and Korbin Sims - they make the Knights a better team right now... Also Bennett has praised the off-season of Willie Mason, while Kurt Gidley hasn't played in ages due to injury - so he'll be out to make a difference from the get-go.

PREDICTED ROUND 1 TEAM
McManus should be fit to play but expect Naiqama to get the call if required. The starting pack looks set, but the bench might also feature Fa'alogo, Frei, Tetevano or Filipo - such is the depth in Bennett's pack this year. Word trickled through on Tuesday that Hilder would miss time with a thumb injury, opening the door for Travis Waddell to make his Newcastle debut.

YOUNGSTER WATCH
Mitchell Frei and Korbin Sims are the most promising youngsters yet to debut. Frei was plucked from the Brisbane system this off-season, while Sims had nothing left to prove in NYC. The others to keep an eye out for are two sets of brothers. The Likilikis and the Mata'Utias.

HOME GAME YOU CAN'T MISS
Mark down Sunday May 19 when Canterbury return to town for Round 10. The reason this is the match is because last year the Dogs walked into Hunter Stadium and scored a thousand tries in the opening 20 minutes, before the Knights dominated the rest of the match. It was a game that Newcastle would have marked down when the draw came out as a chance to stick it to the team that ambushed them at home... then showed them how to defend for the rest of the way.

PLAYOFF CHANCES
Better than last year...
And that's taking into consideration a bunch of 'experts' had them winning the Minor Premiership! Admittedly www.wdnicolson.com had the Knights in the Top 8 - but they are a deeper, more experienced unit in 2013 and having Gidley fit is a massive boost.

@NRLTweet's PREDICTED REGULAR SEASON FINISH
8th | Win their fair share of home games and they could push into the Top 6, but a playoff spot is a big improvement already.

Can Darius Boyd or Kurt Gidley take Ben Barba's mantle as the game's best player in the 2013 @NRLTweet Player of the Year Awards?