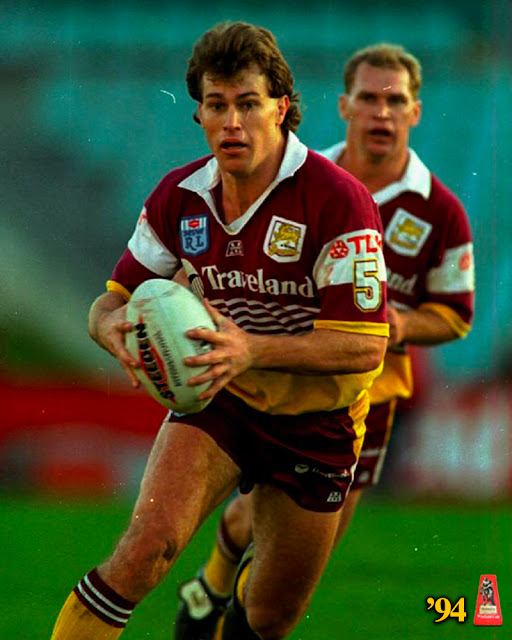 
📝 Willie Carne burst onto the First Grade scene in 1990 - scoring 15 tries as a rookie for the Brisbane Broncos as they made the Finals for the first time finishing in 2nd spot. He debuted for the Queensland Maroons in Game 3 as a 21 year old in the same year.

Carne was a quality winger with excellent speed and balance - he could also cover fullback and centre - and was the perfect finisher on the end of a Brisbane backline that featured the likes of Allan Langer, Kevin Walters, Steve Renouf and Chris Johns inside him for the majority of his career.

🐴 For the Broncos - he rivalled Michael Hancock as Brisbane's best winger from 90-95 - scoring 11 tries in 1992 and then a career high 17 tries in 1993 as Brisbane won back to back Premierships.

He scored his only Grand Final try in the 1993 decider - sealing the match by touching down in the right corner.

A lower leg injury suffered during the 1994 season was a body blow to Carne and the Broncos, and they were eventually knocked out in an epic Minor Semi Final by North Sydney - ending their quest for a treble and Carne's dream of making his first Kangaroo Tour.

Carne was healthy again in 1995 but the Broncos lost two straight semi finals after finishing 3rd in the new 20 team competition as the Super League War broke out, with the war effectively ending his representative career for Australia.

Then in 1996 things came apart at Brisbane.

In an interview with the Courier Mail in 2014, Carne revealed Brisbane wanted to cut him as they had three international wingers on their books in Hancock, Carne and Wendell Sailor.

Sailor was a bona fide star already, and had taken Carne's open Kangaroos spot in 1994 (beating out Hancock for the gig); so Brisbane/Super League tried to send him to the Adelaide Rams for the 1997 season along with Kerrod Walters, Alan Cann and Brett Galea (who all went) but Carne refused to go. This led to Super League buying out his contract, so he signed to play Rugby with the Queensland Reds.

From the Courier Mail Interview in 2014:

'What was your last year with the Broncos?'

"It was 1996. They wanted to cut me, (Super League) wanted to send me to Adelaide. Kerrod (Walters) was the same. I just didn’t want to leave Brisbane. So they paid me out the two years of my contract and I got a couple of hundred grand or something, and I went and played for the Reds for six months.

I didn't enjoy it — I was still injured. I could still play but it wasn’t me. I didn’t enjoy my footy as much as I did before. I was right at the peak of my career, too (when injured in 1994). I’d come from the bush (Roma) and didn’t start at the Broncos until I was 21. I played for Queensland at 21. I played for Australia at 22. It's a short career, eh?"

He would retire from all codes by the end of that 1997 season at just 28 years old - with his ongoing ankle injury and concussions playing a big part in his decision.

Per Rugby League Project - Carne finished with 73 tries in 134 First Grade games, winning 97 of them for a remarkable 73.4% win percentage, to go with two Premierships in 1992 and 1993 with Brisbane. 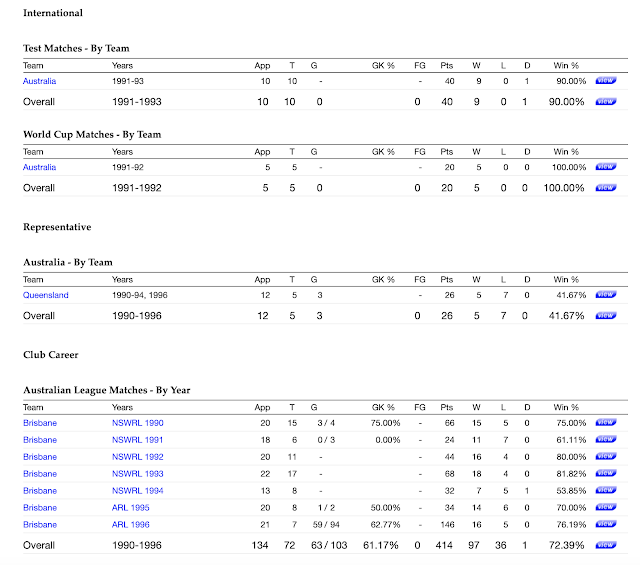 He also was heavily involved in the 'Try from Hell' in the opening game of the 1994 Origin Series but who really wants to bring that up? 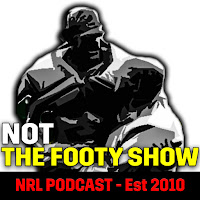 New Episodes are coming in 2020...
Subscribe to the NOT The Footy Show Podcast on iTunes and Spotify
Follow @NRLTweet

A LinkedIn Article on Social Strategy by Warrick D. Nicolson

You can read the full article right now on LinkedIn