All your #NRL Team wants for Christmas... 2015 Edition 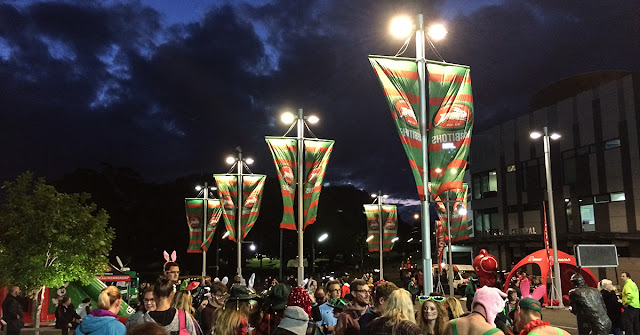 The longest off-season in recent memory is about to hit Christmas - but it's not like nothing has happened... so The NRL Tweet takes a quick look at what your NRL team wants from Santa heading into 2016.

The Canberra Raiders want... Ricky Stuart's hand-picked roster to stay healthy. Stuart will be there for a long time but a playoff spot would win over any Canberra fans who still have doubts.

The Cronulla Sharks want... James Maloney and Chad Townsend to transform a gritty grinding team into one who can create points regularly... and for Ben Barba to thrive as a result.

The Gold Coast Titans want... James Roberts back. And maybe a time machine so that the optimism that surrounded the club after 'signing' DCE is still permeating around the Gold Coast.

The Manly Sea Eagles want... their bevy of quality new signings (Dylan Walker, Martin Taupau and Nate Myles) to help the fans forget that they couldn't keep the Foran-DCE partnership together.

The Melbourne Storm want... to be in a position come September to have at least one more crack at a premiership with Smith, Cronk and Slater together and healthy. Oh and Craig Bellamy to stick around as well.

The Newcastle Knights want... to just get off the bottom of the table and for Nathan Brown to realise he's inheriting a roster nowhere near as 'premiership ready' as when he took over the Dragons.

The North Queensland Cowboys want... to have 2015 happen all over again.

The Parramatta Eels want... Jarryd Hayne to come home... and want to play for them.

The Penrith Panthers want... Matt Moylan to be able to be Matt Moylan pre-leg injury again.

The South Sydney Rabbitohs want... Sam Burgess to be worth jettisoning so much established talent to fit him under the cap. (He will be.)

The St George Illawarra Dragons want... their forward pack to stand up like it did in 2015. And for their fans to follow them to all 4 home grounds...

The Sydney Roosters want... RTS and Maloney back. They'll be missed big time but even still, the Chooks won't fall off the playoff map without them.

The Warriors want... the team they now have on paper to be as good in reality. RTS and Issac Luke are stupendous pickups by Jim Doyle... now let's see if Andrew McFadden can hold on to his gig if they start slow.

The Wests Tigers want... the last 4 months or so back like it never happened. The good news is it kind of didn't... because Robbie's still there.

For Thursday Night Football to be a hit and the fans embrace it all 18 times it happens in 2016... because it isn't going away like Monday Night Football is. So make the best of it footy fans and you might just like going to the footy at the end of the week...

What do you want for your club?
Let us know your thoughts by commenting below or replying on Twitter.

#StarWars #TheForceAwakens Review with Spoilers - so don't click if you haven't seen it...

I can't be any clearer than that.

So here we go... fresh from the midnight session at the Hayden Orpheum in Cremorne Sydney and it's 3:28am by the time I finished this. 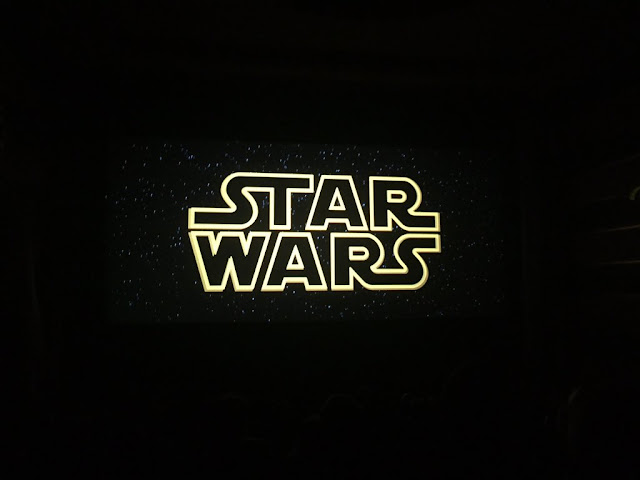 Star Wars Episode 7 - The Force Awakens is a great night at the movies and to the whole crew involved - you take us back to what we wanted to see... almost literally :)

I've just got home from the first session with a bunch of other Star Wars devotees and yep... we were all talking about one thing exiting the movie but I think the fact it is something Harrison Ford wanted since they started filming The Empire Strikes Back means the real Star Wars lovers out there should not have been surprised.

I won't go into the story with this review beyond my notes about the movie - they aren't necessarily linear but hopefully they make enough sense and are modestly entertaining views on what is clearly - already - the 4th Best Star Wars movie yet.

So Han Solo dies... you get that yet?

In a nutshell - his good kid turned bad kid Ben (Kylo Ren) does the deed in a pretty clearly sign-posted fashion: 'help me break free dad... oh to do that I had to kill you dad, so sorry... did I not mention that?'

His sister... or not - well Rey (the sand planet scavenger if by some reason you don't know who I am talking about) is angled as his sister and if she isn't - she is his cousin - Luke's daughter but given the hug Leia gives her (when she hasn't met her before??? or did I miss that scene in the Australian cut?) after Han dies - me thinks Leia knows more than she told Han old dead buddy.

Both are key elements of the movie - I give Rey points for the more bankable story of coming to her powers (yes she's the one that 'awakens'... and comes from a far off planet with a lot of sand... hence why the Luke daughter thing is 'somewhat' plausible alternative to the obvious one driven) - and Ren (or Ben as Han calls him before he gets gutted) is the one born into power... and turns.

Because of a pretty lame villain called 'Snoke'... okay the name is worse than Maul, Grievous and Dooku... in fact it's awful and a poor attempt given Vader doesn't mean anything but simply works - and so - wait for it - does Palpatine!!!

Is this a Palpatine clone... well we don't really get a clue and he's in the film but without much impact really - but I will say one thing he did better than Max von Sydow - who must have been paid by the millisecond he was in the film because his Episode 7 appearance wasn't worth him being on the cast list for.

Back on Snoke - he just doesn't give you a reason to think he turned Ben/Ren logically... not that Palpatine eventually did that with prequel Anakin but you kind of give Return of the Jedi Palpy the benefit of the doubt given how he controls him... until the end anyway.

Snoke will get fleshed out obviously but as of right now - I kind of nothing him.

But back to Han... that's Harrison Ford's Han Solo at his best for basically the whole movie and then Leia goes telling him that he's the only one who can save Ben and whammo... gets him killed for listening to her. Good one Leia.

Kudos Mr Ford - you gave us more of Han (what we wanted) and though it sucks to see you go... that was a great movie performance to go out in.

Chewie is good but I still can't work out why he didn't hug Leia first off the ship... they both had the strongest relationship with Han of anyone... anyhoo.

I haven't touched on 'Finn' (Mr Stormtrooper) yet and that's because while he is a good enough character - and kind of entertaining - he's not really that plot important - he's there - a lot - but he's not can't miss in the story... but he does enough along the way to make you like him and he's there to kind of fill the gaping hole Han will leave in the next two films and I think his importance will grow in terms of how much you care about him... because let's be honest - he gets cut down by Ren and you kind of don't really care... you just want to see Rey pick up the lightsaber and show us miraculously that she's a gun from swing one yeah?

Death Star Story 3.0... pass. I know they needed a good device to make the final act sing and it did deliver but it's just a little 'been there, done that' for my liking. I think if it'd just been a base of operations blowing it up would've worked the same way as a blow against the First Order...

Speaking of the First Order... I'll allow it. The Empire had to rise again but their generals/officers are so so - esp Rhys Darby's younger and clearly unfunny brother's General gig... you ain't Grand Moff Tarkin buddy so why they asked him to try and be a younger version of him I do not understand. Standing up to Ren like he was his superior = NO. It doesn't make Ren fearsome... yes I get that evidently that's what they want it to be - ie. wants to be like Darth Vader in every way... but is failing at that (hence his weakness) but still...

Who/Where is this Republic we read about in the opening credits? Nowhere to be seen kids... a pity.

The humour across the film is a winner... even if it seems to be very Abrams' Star Trek Volume 2-ish... but it works.

Poe Dameron is out of the film too long given they give him value early then try to make you think he's bought it... still room to grow here and that's a tick from me.

Love the fighter scenes - they got that RIGHT.

Does the First Order have like only one Death Star 3.0 and one overstacked Star Destroyer in their whole fleet or what? SHOW ME A FLEET!

Lots of X-Wings for the win.

Back on Ren - why make him so powerful only to have Finn then Rey basically match him second and first chance they get with a lightsaber? Mmmmmmm didn't like that.

Look for Ren to be Darth Ren by Episode 8's opening scene... he got cut to bits.

Han and Chewie lost the Falcon? Sorry, no. Not buying it.

However - yes I was buying Han running away when Ben became Ren... that fit nicely character wise. Just a shame Leia seemed to just accept it per the story...

The female stormtrooper commander is wasted without a face reveal - we have no reason to care if she shows up next time and I think if you make it appear she's going to kick butt (but doesn't) you waste the intro in this movie...

Who died in Finn's arms in the opening scene - I sense a flashback is on the way!

No R2D2 and no Luke for like the whoooooole movie.... Ouch.

Luke needed to be in there somewhere... heck Ren even tried to make us think Vader is in it... but Luke had to be in there... vision/flashback... something - anything.

That end scene could be the most disappointing - we had to see Luke in the film but who stands up there just 'waiting' for someone... how does he eat or get fresh water up there? Just put him in a cave like the strange old hermit Obi-wan was and at least that makes the exact same robe get-up work for him. But even in exile you can't just stand there... for ever.

So there it is... I've left out things but overall that's a great night at the movies.

Hope you enjoyed it as much as I did if you are still reading this far dow... and so long Mr Solo.

You will be missed.

PS. So who is Snoke people? Luke's dark side manifestation or the Emperor's clone... or Darth Vader's spirit?

PPS. I can't wait 2 full years to find that out... and yet I somehow stayed spoiler free since the July trailer!!!