When the Brisbane Broncos entered the NSWRL Premiership in 1988, they were destined for success .

Not only did they have the pick of the premier playing talent in the old BRL, they had handy young coach called Wayne Bennett and were almost guaranteed rabid support as the first Top Grade club in Queensland - they had a leg up on success because they had chosen a superb nickname for their club. 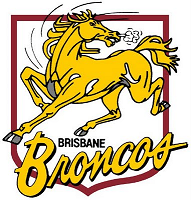 After some deliberation leading into their debut season, the directors of the new club decided on The Broncos... The Brisbane Broncos.

Make no mistake, the strength of that nickname has been a catalyst in helping the Broncos become one of the strongest brands in Australian sport.

Fast forward to 2011 and the Brisbane Broncos may no longer be the only kid on the block in Brisbane. 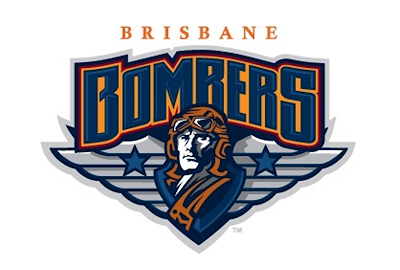 When you compare it to our mock up from early May - which is better?

With the demise of the South Queensland Crushers at the end of 1997 as a 'compromise' between Super League and the ARL in unifying the competition - seeing a second team in Brisbane again has seemed unlikely. And when the Gold Coast Giants were re-branded (and in a lot of ways distanced from the 1988 expansion club) and reborn as the Gold Coast Titans in 2007 - South East Queensland seemed to be done in terms of expansion.

But The Battle For Brisbane Team are committed (for the moment) on forcing their way into the NRL sometime in the future and had promised that they would let the public drive their choice for a team nickname.

Sadly with the release of the '15 short-listed names' in May 2011, the public won't get a true choice in branding a team, that at this point, is no guarantee of being anything more than simply a name. The names released are the only choices according to the website - and that is a shame.

And getting the name right is half the battle for the Battle for Brisbane Bid Team - because if you get it wrong you're on the back foot from the get-go.

Let me repeat - they can't afford to get it wrong.

Here's a look at the 15 Team Name Options - as released by B105.3FM in Brisbane in conjunction with The Battle For Brisbane Website.

The 'design team' here at www.wdnicolson.com has come up with modified logo creations for the proposed Team Names and their value as a Nickname has been analysed from a 'value adding' perspective. Please note that not all mock logos are serious suggestions.

The Brisbane BARRACUDAS
Pros: Terrifying fish... if you're a another fish. A predator with razor sharp teeth.
Cons: It's one of the best choices but when was the last time you saw a Barracuda in the Brisbane River? Annoying fish to catch if you're going for fish you can actually eat, plus it is boney, slimy... and not all that likeable.

The Brisbane BAYLINERS
Pros: Sleek sexy boats and football... ok. They have a ready made sponsor in Bayliner.
Cons: Is it the Hunter Mariners re-branded? Who really wants to go for a team that is a past-time that not everyone sees as all that affordable?

The Brisbane BOBCATS
Pros: Funky name and despite their being a few big cat related teams in the NRL already - none are really referred to as the 'Cats'...
Cons: Except of course Geelong in the AFL. Might be a problem there...

Pros: The Bombers name can be construed in a lot of different ways from a marketing and logo perspective...
Cons: Pity the Essendon Bombers already have the name... Interestingly they didn't got with the Brisbane Jets (Ipswich and Newtown have the name but it doesn't stop them offering up Bombers?) or the Brisbane Fighters or something along those lines...

Pros: Hard to think of any... would anyone really equate the team with being brave just because of the name?
Cons: The Major League Baseball Atlanta Braves haven't always had it easy with their choice of name considering the Native American reference and I'm not sure how well the 'Chop' anthem would go down from a PC perspective - even if it is rather a cool think to watch at the Atlanta Ballpark.

Pros: Brisbane is known for its brewery... but would XXXX be willing to sponsor a team other than the Broncos? The Milwaukee Brewers is a name that has a real connection with its own region so it has worked elsewhere.
Cons: What's next the Northern Territory Bookies?

Pros: The nickname would be shortened to 'Bucs' which rolls easy off the tongue. Pirates are are fairly relateable identity to kids - thanks to movies rather than the actual concept of what Pirates were all about. Bucs is just a 'cooler' way to say Pirates.
Cons: Not overly Australian (again applies to a lot of teams) and it's not like Australia has a huge history when it comes to Pirates etc. The US Sport link is to a number of teams - The Tampa Bay Buccaneers play in the NFL, the Pittsburgh Pirates in MLB are known as the Bucs and the Milwaukee Bucks in the NBA are not related to Pirates at all but still sound the same! 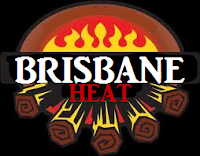 Pros: I guess it is hot in Queensland and the Miami Heat are a recognised brand (but for the right reasons LeBron?)... but seriously this is the best they could come up with?
Cons: There's already a Perth Heat in the Australian Baseball League and hey look up the road at the Gabba - the Brisbane Heat T20 Cricket Team has just been announced - no.

Pros: Close to spot on in terms of a 'regional' animal. The big ones are ominous creatures but apart from one sad incident with Steve Irwin are considered relatively docile.
Cons: The connection with the death of Steve Irwin... not the worst of the options though. There is a Gridiron team already on the Gold Coast brand wise.

Pros: By far the best Australian animal left on the market that hasn't been commercialised at club level. It is the identity of the national men's hockey team but that's hardly a reason to avoid it. Easily the best choice but NOT with River City. Give me the Brisbane Kookaburras any day of the week. The 'Kooka's' would be an instant hit.
Cons: The River City bit. The Southern Kookaburra's exist already as a regional name in the QRL but otherwise this is the home run of the available choices.

Pros: Queensland is known to suffer from destructional wind I guess...
Cons: But given the spate of natural disasters on the area... it just can't be a candidate.

Pros: Instantly recognisable and hey everyone likes Dolphins. Reads well as a name and the Dolphin is as graceful an animal as you'll get... did I mention everyone loves Dolphins?
Cons: The Gold Coast Titans wanted to be the Dolphins but pulled out when the Redcliffe Dolphins of the QRL made it known they weren't keen on someone choosing 'their' name. I wonder how the Miami Dolphins feel about it? 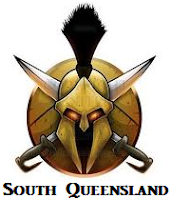 Pros: People still remember the '300' movie pretty well with the rock hard ab action - there's your marketing campaign for the new players right there. Warrior/Soldier association a plus.
Cons: Does anyone really want to hear the ground announcer yell out 'This IS SPARTA!' every defensive set of six? No thank you. 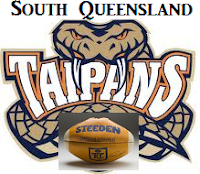 Pros: Native to Australia, for many simply the thought of snakes strikes fear into their hearts. Aussie 'Name'.
Cons: The Cairns Taipans already play a national sport in the NBL. And it just doesn't seem to fit the idea of a footy team that is based in a city... mind you - that comment applies to a huge number of established clubs in any code.

And sadly no... they didn't offer the South Queensland Crushers as a sentimental option.

So what stands out for you?

In my opinion the Brisbane Kookaburras is the best choice by a fair distance, followed by the South Queensland Dolphins (if they want a civil war with Redcliffe) but then there is quite a gap to the Brisbane Bobcats, Brisbane Barracudas and one that probably represents the region the best - the Brisbane Brewers.

I'll put the mind into motion over the next few days and think of an alternative... and it should be noted that my suggestion of Gold Coast Ironmen made the 'final' suggested list for the Gold Coast Titans back in 2006.

There's a mocked up logo of that on the old PC somewhere... when I find it I'll upload it here.

Get your Footy Fix every week with NOT The Footy Show's Podcasts and Videos.
By W D Nicolson