In the Press Box: Lions Tour takes backseat to ins and outs of Rugby League

The Complete Set will return next week on www.wdnicolson.com - but this week we recount watching a Rugby League game with an Irish Rugby Union Correspondent.

AT THE FOOTY WITH AN IRISHMAN
CURRENT NRL LADDER #NRLTweetPOTY Votes

Monday Night Football at the Footy Stadium… now this is what MNF was made for.

Central stadiums are the best place to play this fixture on the first working day of the week - because you have to try and tap into the traffic from the workplace... asking families to trek out to their home ground in the suburbs/country just isn’t going to work. So next year NRL - please lock in Allianz Stadium, Suncorp Stadium in Brisbane and AAMI Park in Melbourne for at least two or three games each please.

I was at the SFS to cover the Easts-Manly Round 16 clash for the Official NRL Social Channels – the first game I’d been able to finagle my way into live… that is absorbing the game’s atmosphere and letting it direct my analysis, as opposed to doing my best to add not-on-location value (in 140 characters) to what you can already see on via the television broadcast.

The Roosters had been kind enough to clear a space for me in the Press Box and truth be told – the quality of what was then tweeted over the next two hours was going to ‘feel better’ than any ‘off the TV’ coverage can possibly translate into.

But I’m not here to talk about the process, rather the experience that came when an Irishman sat down beside me in the Press Box and introduced himself.

I quickly deduced from the accent* that this was not the indeed lead singer of Powderfinger but rather the real @BrendanFanning, well-respected Irish Rugby writer who is in Australia covering the British and Irish Lions tour that wraps up with the 3rd Test in Sydney this coming Saturday.
* Though admittedly, I didn’t catch his name first time around due to said accent.

We exchanged pleasantries but welcomingly this Irishman was keen on the scent of Rugby League.

He wasn’t just here to watch a game of footy to fill time - Brendan wanted to experience as much of the nuances and intricacies of the Greatest Game of All during his short week in Sydney.
The lead-up to the actual first grade encounter was spent with us talking about both codes – so if you’ve got a few minutes, here is a summary of what we discussed and observed.

Other things were discussed – not least the ridiculous price of ‘official’ gear for both League and Union items he was buying to take home for his son – but all in all it was a refreshing way to watch the game. So on behalf of Leaguies everywhere (in particular this one who had only a day before reached my lowest level of league apathy that always comes during a season) – thanks for wanting to watch the game we love and probably take for granted Mr Fanning. 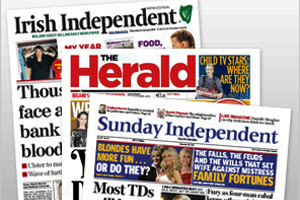 Just finally, it was a pleasure to sit and talk League and Union with someone who brought a genuine interest to watching the game. It was really a great way to spend a couple of hours working, so thank you to Brendan for his time but I can't wish his Lions all the best for the 3rd Test... I just can't do it.

If you want to read some of Brendan Fanning’s work:
Check out his columns in The Sunday Independent and his own Rugby site at brendanfanningrugby.wordpress.com.


I sincerely look forward to one day perhaps watching a game of Union in Dublin with Brendan… though I do not expect my 2,300 word recap to be reciprocated 24 hours later on brendanfanningrugby.wordpress.com.

PS. Get out and watch a game of footy away from the TV people - it is well worth it... like this weekend.

@NRLTweet Player of the Year Update:
Round 16 Voting is available via the Hashtag #NRLTweetPOTY
By W D Nicolson