1st TACKLE: Did Slater bring this on himself?
Round 3 News and Views and @NRLTweet Player of the Year Votes

This is a new feature on www.wdnicolson.com - every week we will post a Set of 6 Tackles that form a Complete Set by the end of the Round. It also features Votes from Round 3 of The @NRLTweet Player of the Year Awards. Let us know what you think @NRLTweet 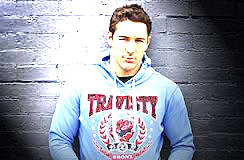 "I just go up for the footy and try to protect myself..."
Billy Slater to the media after Melbourne's 22-18 win over the Dogs.

That statement from Billy Slater is 100% undeniable truth... yet he is still responsible for where his right foot ends up when using that technique to catch bombs.

And last night - his right foot ended up in the throat of young Canterbury prop David Klemmer.

Slater initially received the penalty for Klemmer 'making contact first' while Slater was in the air, but upon further review the penalty went against the Storm fullback for 'foul play'.

Slater's coach Craig Bellamy backed his fullback post-match - what else do you expect? - and asked the question that seems on the surface very logical.

"What's Billy supposed to do with his foot?" Bellamy asked. "Someone's going to chop it off, or it's got to disappear? At the end of the day, if he's catching a kick and he's gone up off the ground he's not to be attacked, he's not to be touched."

Right on every point Craig, downside is Klemmer has every right not to get kicked in the throat as well.

But Craig isn't done there.

"You touch him (Slater) in the air, you're going to be penalised so I'm thinking if David wasn't that close to him he wouldn't have copped his foot or whatever he copped."

So basically does that mean it is Klemmer's fault for using his neck to tackle Slater's foot?

And the thing is - especially you Melbourne fans who think I'm having a go here at Bellamy and Slater - everyone is 'in the right'.

But the biggest point to take out of this incident is although Klemmer never saw Billy's right foot coming - people who have been watching Billy catch bombs for the last two or three years HAD TO HAVE SEEN THIS COMING.

Including Billy and Craig.

"I don't know what Billy's supposed to do there," Bellamy continues. "He's got a certain technique that he uses to catch high kicks. He's probably protecting himself and he's the one who gets penalised."

And there it is ladies and gentlemen - the quote that basically admits that Slater deliberately extends his legs when catching bombs to protect himself from Michael Crocker-like shots on the bomb-catcher.

Slater's skipper Cameron Smith then got in on the action.

"Billy's been going up for high balls like that for as long as I can remember," Smith told reporters. "He works on that every week at training so I was quite mystified (by him being place on report).

"Before we ran out tonight David knew that he's not allowed to attack blokes in the air. He put himself in that position, he hit Bill in the air I don't know what else he's suppose to do there."

So what do we learn from the fallout here?

One - The Storm believe Klemmer is at fault because he's about 8 foot 6 and put himself too close to Slater contesting a bomb...

Two - Slater didn't mean to kick Klemmer in the throat - that's beyond question.

Three - The Storm and Slater admit he's been taking bombs like that deliberately.

And that's the final point that needs to be made here - Slater's technique was always - I repeat always - going to bring a situation like this into play at some point. The technique is there to protect Slater from being hit by a cheap shot taking a bomb and he is entirely within his rights to use it... but making dangerous contact with an opponent with his foot is the by-product of this technique.

Klemmer is very lucky he wasn't hurt but you get the feeling had there been blood or a more serious injury stemming from the Slater contact - the Storm might be facing a mid-week hearing at the NRL Jokediciary.

So with all this taken into consideration - does anyone expect Slater to change the style in which he takes bombs?

The hope however here at www.wdnicolson.com is not that Slater gets suspended in the future (though it is the risk he will run using this technique) but that anyone who does the Crocker-like cheap shot on a fullback should also be facing time out of the game. Right now a penalty for a shot that leaves a player in danger or injured is not sufficient if the NRL really wants to get these 'tackles' out of the game.

Clearly Klemmer did not try and put any kind of cheap shot on Slater in this instance, but the way Smith and Bellamy talked you'd think he had of. But their point is well made - if you go into tackle the player and not contest the ball - you should be penalised and we believe - suspended.

Ask Steve Turner how he is feeling after Brent Tate only had eyes for tackling him when trying to catch a bomb in Round 1... that incident could have ended far worse for the now retired Canterbury winger and if the punishment for hitting late/cheap was a suspension - there's a good chance Tate doesn't attempt his hit on Turner and might have actually contested the bomb instead.

So to sum up - I don't blame Slater or Klemmer for what happened last night - but I hope Slater realises in particular that his self-defence isn't risk-free and he might face time on the sidelines in the future if his foot (intentionally or not) makes contact with the head again.

I don't think it is 'too soft' to suggest that the NRL make late/cheap tackles on a bomb-diffuser suspendable rather than the slap on the wrist (or kick in the face) penalty that it is now. Because in a lot of ways they are far more dangerous than the once legitimate shoulder charge that is now banned.

Do you think the NRL should suspend players who tackle bomb-diffusers in the air or put on cheap shots when they hit the ground? Is this the bigger issue here?
Please comment below or reply on Twitter.

Keep a lookout for the 2nd Tackle over the weekend on www.wdnicolson.com and the rest of the Round 3 Set of 6 will be published on Tuesday.

3RD COMPLETE SET:
Round 3 - Six points that emerged from a four day footy week.
A tip of the hat to the SMH's 'Set of 6' and Andy Wilson's 'Set of 6' for the name, as Complete Set just doesn't roll off the tongue quite as well, and well call it flattery that you've already used it.
CURRENT NRL LADDER

FIRST TACKLE - Did Slater bring this on himself?
See article above...

SECOND TACKLE - Harrison will decide if he's concussed or not... should he?
See article here.

THIRD TACKLE - TBA
To be added

For The Postman's analysis of each game for Round 3, with our NRL Dream Team and NRL Super Coach tips for players you need to consider/ignore from each side - click here.

FOURTH TACKLE - TBA
To be added

FIFTH AND LAST - TBA
To be added

CHANGEOVER - TBA
To be added

@NRLTweet Player of the Year Award
Round 3 Votes

This is how the votes were handed out for Round 3.