It's The Finals Countdown...
"This is how you market Rugby League!" Anon.

In 1986, Swedish rock group 'Europe' released a track called 'The Final Countdown' and their electric guitar ballads would rock (or plague) the 80s charts for a number of years. Fast forward 25 years and NOT The Footy Show has produced their own 'Rugby League Centric' version of the tune and combined it with montage of NRL highlights from the Top 8 sides contesting the 2011 NRL Finals Series.

But please keep in mind two things when you watch this video. 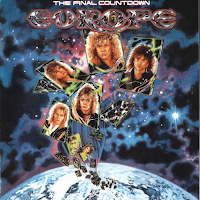 1. We can't sing. But lyrically we think we've almost captured the essence of the Finals Series and managed to fit those sentiments into the way the song is sung.
2. The real story here is the player highlights. We were a little hamstrung in terms of quality by what was available on YouTube and most highlights are from the last round or two (in order to save time researching) but this is not about our singing ability - it is about having a little fun and celebrating the skills on display for the Semi Finals.
So sit back and enjoy NOT The Footy Show's 'The Finals Countdown'
Here is our Video Preview of the Qualifying Finals.
Our full Qualifying Finals Article is here.

NOT The Footy Show Episode 82

- Qualifying Finals Preview Released September 8, 2011 -
Right Click Save Target As This Link if you don't have iTunes.

NRL Finals Week 1 Preview.
We separate the Premiership Contenders from the Pretenders with Andy Raymond, Congratulate Billy Slater on his Dally M Award, as Maria Tsialis hands out the best dressed gong and give our Qualifying Finals Tips with Matthew Duncan and Nic McInerney.
So join your hosts DC Chapman and Warrick Nicolson on Episode 82 and make sure you enter our Fantasy League at www.wdnicolson.com to win an awesome t-shirt. Plus Benji Marshall receives his Player of the Year Award from Eyes and we tease with another grab from our forthcoming single.