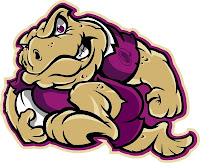 QLD Maroons State of Origin Game 3 Player Ratings
FULLBACK: Billy SLATER (Storm) 9.0
- Classy classy Player... kept coming up with big plays throughout the night and was all over NSW throughout the game.
WINGER: Darius BOYD (Dragons) 5.5
- Saw more loose ball from NSW than from his QLD team-mates.
CENTRE: Justin HODGES (Broncos) 6.0
- Wasn't 100% but when Hayne exposed that the game was already gone.
CENTRE: Greg INGLIS (Rabbitohs) 7.5
- He's just a Big Match Player... first try and scored another with sheer determination late.
WINGER: Jharal YOW YEH (Broncos) 6.5
- Scored an opportunistic try to make it 24-0 and seal the series. Chase on Hayne superb.
FIVE-EIGHTH: Darren LOCKYER (Broncos) 7.5
- Not his most dominant performance but his team was up 24-0 after 34 minutes so he didn't need to be. Goes out a winner.
HALFBACK: Johnathan THURSTON (Cowboys) 7.0
- Knee injury somewhat soured his night - was at his scheming self but a few too many errors to give him more than a 7.
PROP: Matthew SCOTT (Cowboys) 7.5
- The best front rower in the game had to take a back seat to a player who once held that crown - fortunately it was his partner up front.
HOOKER: Cameron SMITH (Storm) 8.0
- Took out the Wally Lewis Medal as Player of the Series with another fine performance but he probably wasn't the best on the field in Game 3. His soft try to make it 18-0 broke New South Wales. Pity he finished the game with a challenge like that on Hayne... inexcusable.
PROP: Petero CIVONICEVA (Panthers) 9.0
- Just edged out by Slater for Man of the Match in our books, took some hits early but kept coming and finished with 20 runs for 190m by the end of the night.
SECOND ROW: Nate MYLES (Roosters) 6.5
- Quietish - the stats say he made 15 runs and 25 tackles but given QLD had all the ball in the first 30 minutes a backrower doesn't always stand out. Solid.
SECOND ROW: Sam THAIDAY (Broncos) 8.0
- One of these days a referee will realise he's always the Third Man In but his game other than being a goose with Gidley was excellent. His best game of the series by some distance and he set up Slater for the try that put the game beyond doubt with a lovely inside pass.
LOCK: Ashley HARRISON (Titans) 7.5
- Strong again at lock forward - doing his job with efficient ease for the full 80 minutes.
BENCH: Cooper CRONK (Storm) 5.5
- Ended up with 29 minutes of game time when Thurston was hurt. Didn't really need to do anything as the game was over when he came on.
BENCH: Corey PARKER (Broncos) 7.0
- Brought some spark from the bench after the initial Queensland onslaught.
BENCH: Jacob LILLYMAN (Warriors) 6.0
- So-so... not much of a factor but you don't need to be when the score is 24-0.
BENCH: Ben HANNANT (Broncos) 6.5
- Some good charges when he first came on but see the above reasons why the QLD bench didn't need to make an impact.
18th MAN: Dane Nielsen (Storm) - Did not play.
COACH: Mal MENINGA
QLD TEAM TOTAL: 120.5

NSW Blues State of Origin Game 3 Player Ratings
FULLBACK: Anthony MINICHIELLO (Roosters) 2.0
- Went from his best game in 5 years to maybe his worst in the space of 3 weeks. We didn't run 'Count the Count' in Game 2 because he's got good hands. Woeful performance that had dire consequences for the Blues in what is his last game for NSW.
WINGER: Brett MORRIS (Dragons) 6.5
- Did some things well early but his dropped ball after his break down the left didn't allow the Blues to change the momentum like they desperately needed to.
CENTRE: Mark GASNIER (Dragons) 6.5
- Unsighted for the opening 27 minutes and exposed badly in the Cameron Smith dummy half try. Produced some handy plays later in the game but really a non-factor when he was needed.
CENTRE: Jarryd HAYNE (Eels) 8.0
- The Blues saw what he could do at centre when they were chasing points but how Ricky Stuart doesn't think he would be a greater asset at fullback is beyond any good judge. When the Blues were pressing early in the 2nd half and Minichiello couldn't hold onto a thing - he HAD to go back to fullback... and Stuart didn't budge.
WINGER: Akuila UATE (Knights) 7.5
- Took the ball up harder than any other Blue - including Paul Gallen - and when he got opportunities with the ball in attacking situations made the most of them. But the Blues lost the game before he had a chance to contribute.
FIVE-EIGHTH: Jamie SOWARD (Dragons) 6.5
- Has he done enough in his first series to really lay claim to the Number 6 long term? Probably not, but he had a crack. Kicking game poor early and he didn't call it anywhere near enough in the opening stages - so the good work he did after that didn't matter all that much.
.HALFBACK: Mitchell PEARCE (Roosters) 5.0
- Ordinary in Game 1 and 3 and good in Game 2. Overall his lack of impact in directing the team was a massive bonus for QLD. Should not be the walk up start in 2012, he has to earn it, which he didn't really do before this series at club level.
PROP: Tim MANNAH (Eels) 5.5
- Had one stint on the field according to one source - 20 miutes for 2 hitups, 12 metres and a face saving 20 tackles. Pity he's there to run the ball as well. Yes NSW had no pill but Stuart had no faith in him... and that's not the first time this series.
HOOKER: Michael ENNIS (Bulldogs) 4.5
- Took a poor option on the first set of six to kick from dummy half on an early tackle and put it straight down the throat of QLD who immediately had good field position. Why he would take that responsibility when the kicking game had been good from the halves in Game 2 is anyone's guess... a rib injury saw him depart after 22 minutes when he started coughing up blood. Hopefully he's ok.
PROP: Paul GALLEN (c) (Sharks) 7.5
- Tried his guts out but looked a lot slower in the legs in this one playing the full 80 minutes again. Queensland's ability to con Tony Archer into letting them lay all over the ruck was a factor but Gallen didn't make the difference - especially in defence - that he needed to. Still earned his rating though.
SECOND ROW: Glenn STEWART (Sea Eagles) 6.5
- The mind of Ricky Stuart is a crazy thing... Stewart didn't play in Games 1 or 2 and then got given 80 minutes in Game 3 as a late injury replacement for Beau Scott. He didn't let anyone down but he didn't play the same role as he does for Manly and his impact was limited.
SECOND ROW: Ben CREAGH (Dragons) 5.5
- Why he starts the game in the backrow only to move to the front row is anyone's guess... Is a good option to play in the middle but not after he'd just done 25 minutes of defence. Has never been a big factor at this level.
LOCK: Greg BIRD (Titans) 6.5
- Like Gallen, Bird tried hard but couldn't stem the tide when NSW needed someone to step up with the big hit to force a mistake. One of NSW's best during the series though.
BENCH: Kurt GIDLEY (Knights) 5.0
- Forced to play 58 unchanged minutes at hooker and his game unravelled as fatigue set in. His hammy was heavily strapped and he just couldn't keep his spark and errors and poor options plagued his performance.
BENCH: Anthony WATMOUGH (Sea Eagles) 7.0
- Took on a prop like role then proceeded to run across field like he was playing in the backrow. Made one break but also tried harder to get a penalty in the Cameron Smith try than just tackle the bloke...

BENCH: Luke LEWIS (Panthers) 6.5
- Needed to bring something special to the table when injected into the game but couldn't lift the Blues.
BENCH: Keith GALLOWAY (Tigers) 5.0
- Why was he in the team Ricky? 9 minutes and not injected until the game was gone? At least the Tigers know he'll be fine to backup.
18th MAN: Michael JENNINGS (Panthers) - Did not play.
COACH: Ricky STUART
NSW TEAM TOTAL: 101.5
GAME THREE PREVIEW 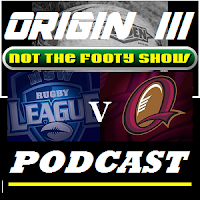 History against Lockyer with Final Origin at Lang Park
]-[ ]-[ ]-[
This website - www.wdnicolson.com - will produce a large amount of Origin centric content throughout the 2011 Series. So Bookmark this site if you haven't already.

C'MON NEW SOUTH WALES - IT'S ABOUT TIME WE BEAT THOSE ANNOYING CANE TOADS... in 2012?
By W D Nicolson