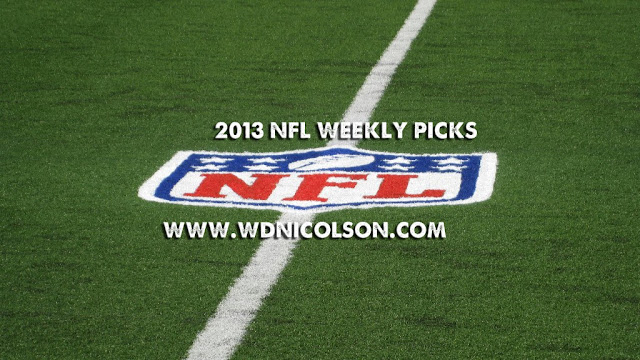 
WEEKLY RECAP: Week 10 was another so-so performance in Head to Head - barely cracking .500 at... well 7-7. Sure there were some underdogs getting the victory but the high points of a few weeks ago seem so long ago... are the 11-2/10-4 weeks gettable again? Spread picks saw us go 6-8 which wasn't terrible really... Overall still going nicely at 6,467th in the cosmos... yes the cosmos people at 93-54 Head to Head.

H2H UPSETS PICKED: Detroit over Chicago and Baltimore over Cincinnati came good (both tried to lose it late), while Houston look good in recent games but find ways to lose... thanks Texans. So 2 from 3 Correct for Week 10 (per Pick'Em favourite/underdog listing).

H2H LESSONS LEARNED: Washington suck... Green Bay might actually be better off with Matt Flynn replacing Aaron Rodgers this week, the same Flynn that the Seahawks, Raiders and Bills didn't want a part of in the last 9 months (Flynn didn't play last week and only signed up this week - some niff nuff not named Flynn is the GB starter this week) - so if we're saying Flynn is the best option - who is Scott Tolzien really? Jacksonville and Tampa got off the duck and Tennessee and Miami may have kissed their playoff hopes goodbye as a result... Houston can't win... Arizona might not suck... San Francisco need to find a way to get Colin K of 2012 back under centre instead of the Colin K 2013 version that's been stinking up the joint this year (and yet they are still 6-3!)... and finally Dallas will only beat ordinary teams, same goes for the NY Giants. How good is the AFC East? Well Philly are still very much in the mix... as are the Giants who started 0-6!!! Gotta love parity.

My 2013 NFL Season Preview and SuperBowl picks are here - and every week throughout the NFL in 2013 I will be posting my picks here on www.wdnicolson.com and via @wdnicolson.

Last year in the Yahoo! Sports Pro Football Pick'em competition I managed to finish in the 98th percentile (so Top 2%) of tipsters across the world... completely surprising myself by using the rule of thumb I (for some reason) refuse to back entirely in my NRL Tipping (that is pick favourites and then pick favourites and then, and only then... pick favourites and maybe one or two gut picks - which doesn't hurt you as much with up to 16 NFL games a week v 8 NRL games).

Week 11 begins with Tennessee hosting Indianapolis on Friday (Australian time) with both coming off awful losses last week. Yes we said awful... the Titans lost to the winless Jaguars and the Colts got beaten 38-8 by the Rams... in Indy!

'With the Spread' Picks per my Yahoo! Pick'Em League:

You can join the Pro Football Pick'em League I'm in here - which is a 'SPREAD' competition (Tony Kornheiser's Radio Show Group - so if you join best you are somewhat familiar with who TK is and possibly his radio show or PTI). | Group ID#: 35104 | Password: andy | Or just join the regular Pick'em Overall league.
========= 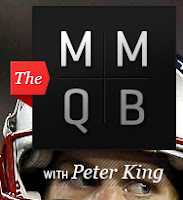 During 2013 I will be reading Peter King's 'THE MMQB' Website every week - I suggest you do the same.
By W D Nicolson