#Ashes 3 Keys to Ashes Victory for England... and yes, even Australia | #uniteAus 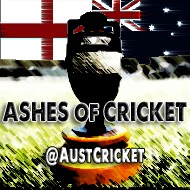 3 Keys to Ashes Series Victory... for both teams. 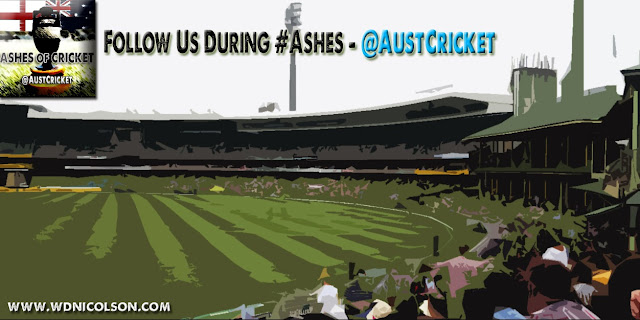 The Poms have won 3 straight Ashes Series and 4 of the last 5 dating back to 2005 in England.

Here are www.wdnicolson.com's Keys to the Ashes - short, sharp and hopefully to the point. We're being blunt here because the task ahead of Australia is as big as 3 straight series defeats at the hands of England actually makes it.

1. Turn up. This team is extremely handy even with a new opener operating in one third of a space suit, a super attack and although Matt Prior may be carrying a calf injury early on - this is a great team. Five of the Top 6 are world class... even Junior Root.

2. Keep Swann and Anderson fit for most if not all of the Tests. This is England's biggest advantage in the Series - the ability to continually take wickets with these two outstanding bowlers.

3. Turn up. We said that right? This team is sensational with Carberry the only potential weak spot if Prior plays - yes, we think Tremlett is an upgrade on Finn.

1. Clarke and Watson must score heavily... This was the case before the 2013 Ashes in England and only Clarke really scored any runs in 'live' Tests. Watson might have gone big in the final test but it only means something if he carries that conversion rate into the Gabba Test and then throughout the Series. Clarke is awesome, England know this and Jimmy Anderson will be asked to produce one or two more of these this summer.

2. Harris, Johnson, Siddle and Lyon must take 20 wickets... in at least 3 of the 5 Tests and really, if Australia have genuine hopes of taking back the Ashes - in 4 of the 5 Tests. The biggest concern however for any Australian supporter (and maybe themselves) is A. Can they take 20 wickets in one Test? and B. Will they be kept together as a quartet for more than two Tests if they can't take the 20 wickets in Brisbane or Adelaide?

3. Australia rally around them at the grounds. We're known as a sports-loving country right? So why has it seemed that we've been watching this current Test team play cricket rather than barracking for them... the likes of Warner and Siddle seem to play their best with an audience behind them, so if the Gabba faithful could start the ball rolling by getting into the Test straight away - you better believe it'll help!

3A. A slice of luck... Australia are not the team England is, but it's amazing how significant a turn of good luck can be in cricket.

SERIES PREDICTION?
So clearly - try as we might to get enthusiastic about Australia's chances - we favour England because their team is deadset quality and they'll win the Series by at least a Test (seeing all 5 Tests decided would be fantastic as a spectacle, so our prediction is England 3-2) - remember a drawn series is as good as a loss for Australia, as England will retain the Ashes with a 0-0, 1-1 or 2-2 result.
Still Australia could win... but taking those 20 wickets in nearly every Test is the biggest requirement (assuming we actually score some runs)... and really, that's #notgonnahappen right?

So yeah, that Anderson ball was so good... here it is embedded on the Blog.
By W D Nicolson