NRL 2013: Picking the Australian and New Zealand Teams for the Canberra Test #AusvNZ 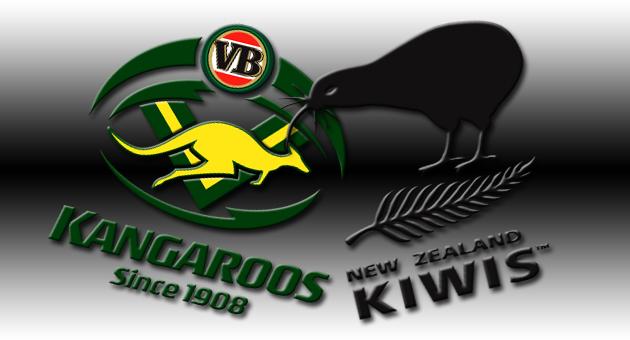 So with a Test Match coming up next Friday night in Canberra (which HAS to sell out Canberrans you hear?), here is our best guess at the two teams picked for the only Test in-season for 2013.

The Round 6 Tipping Preview is here with PLENTY of Latest of Late Mail.

So who gets the call on Sunday night for the Friday Night Test in Canberra?

The availability of Justin Hodges, Sam Thaiday and Kurt Gidley probably means there is probably no room for Tony Williams, Robbie Farah or Josh Morris who were part of the squad in the Townsville Test.

Aaron Woods is the likely bolter, meaning Hoffman probably is the last casualty as Australia go for two props on the bench, with Greg Bird as the backrower. There's a chance Paul Gallen could start at prop and James Tamou shifting to the bench, allowing Bird to start.

The glut of available backrowers if Woods is picked, might see Luke Lewis and Anthony Watmough miss out entirely, while Jarryd Hayne is the only real threat to Brett Morris on the wing. There is talk Matt Gillett could be a bolter but it is hard to see him forcing his way in.

Under most pressure is David Shillington but he's not going that badly that the ARL would leave him out as the only genuine contender from the home town Raiders (though Josh Papalii would be a sensational PR move and he would do a fine job). EDIT: Shillington hurt early in Canberra-Warriors, you would think he's unlikely to be fit now.

@NRLTweet Player of the Year - Round 5 Results here
Voting Allocation for Round 6 of the NRL is here.

The Kiwi lineup won't feature Benji Marshall, Gerard Beale, Krisnan Inu, Sam Kasiano and Elijah Taylor due to injury, after those five players were part of the Test team last November. Sam Perrett, Frank Pritchard  Dean Whare and Kevin Proctor were part of that squad but appear to be out of contention here - though Perrett and Whare are probably next in line behind the players below. Most of this list was sourced from warriors.co.nz

Giving Konrad Hurrell a chance at Test level would be a gutsy move by the Kiwis - but they don't seem to make enough of these when it comes to one-off Tests - when a roll of the dice is usually worth the gamble. The other option is to move Mannering to the centres to accommodate another backrower - but if they pick Alex Glenn there anyway - that's backrower overkill and fairly negative when it comes to the ability to score points.

Oh yeah, and Sonny Bill Williams looks in decent form so I'd suggest they should pick him. EDIT: OR NOT - He's withdrawn with a knee injury.

Other contenders: Jason Taumalolo, Shaun Kenny-Dowall, Roger Tuivasa-Sheck, Kevin Locke, Thomas Leuluai, Sam Rapira, Russell Packer, Tohu Harris, Justin Horo, Bronson Harrison and FuiFui MoiMoi. Though there is some speculation over whether or not the above players will pledge their allegiance to New Zealand or another Pacific team given this is a World Cup year.

Update: Hurrell and Vatuvei miss out (though both are listed as injured on club site) and some combination of Kenny-Dowall/Perrett/Whare/Tuivasa-Sheck/Nightingale/Hoffman will be the fullback/threequarter line. Jeremy Smith was picked, but is facing suspension, so Tohu Harris replaces him in the squad.

Adam Blair is the biggest name casualty, closely followed by Greg Eastwood (who may be injured).

OUR PRE-SQUAD PREDICTED TEAM WAS

Who are your bolters for next Friday's Test Match in Canberra?
Let us know by commenting below or replying on Twitter.