NSW are exactly where they were 12 months ago... only the pain of losing seven straight Origin Series will - I guarantee - be worse than losing six.

But can NSW actually win Game 3 and actually WIN a State of Origin Series for the first time since 2005?

You bet they can.

Now, whether they can or whether they will are two different things but there are at least four good reasons why NSW can win.

No Ashley Harrison - Heart and soul type in the QLD backrow who does all the little things his more heralded team-mates need done to be successful.

No Dave Taylor - Game changing forward omitted for a good club player in Ben Te'o. It makes no sense to replace Taylor with another hot and cold type in Te'o and every NSW man and woman breathed a lot easier when Mal Meninga panicked and dropped DT.

No Billy Slater - Easily in the Top 3 players in the game conversation if not the actual best, his ability to WIN games with a moment or a full game of brilliance is going to really really really be missed by the Maroons.

No Darren Lockyer - The great man who inspired the QLD turnaround (remember he experienced NSW's 3 straight series wins from 2002-2004) has not played in this series at all due to the fact he retired at the end of 2011 - but he is arguably an even bigger loss than Slater for Game 3.

The reason is Lockyer really knew what losing a series to NSW is like and that no doubt whatsoever drove him to make the current QLD dynasty continue while he was in the team.

But he's gone now and only Johnathan Thurston, Cameron Smith, Petero Civoniceva, Brent Tate and Justin Hodges know what losing a series feels like amongst the QLD team, and the other two that have been in the squad this series - Slater and Harrison won't play.

Don't underestimate the value of the fear of losing, and it will fall to Smith, Civoniceva and Thurston to remind all the 'winners' in the QLD camp that losing downright sucks at Origin level.

Mind you, only Luke Lewis and Anthony Watmough have experienced a series NSW have actually won - so maybe the above stat is negated a little.

But not by much - NSW want nothing more than to win on Wednesday night, while the vast majority of QLDers don't know what it is like to lose.

That is advantage NSW. Six straight series wins or not... And that means NSW can win.

And quite frankly, they have to.

LATEST TEAM NEWS 30/6
Glenn Stewart is out for NSW, replaced in the starting team by either Beau Scott or Ben Creagh. Trent Merrin has already been cut. Brett Morris will play left wing and Jarryd Hayne moves to the right.
Billy Slater is out for QLD, Greg Inglis to fullback and Dane Nielsen into the centres. Dave Taylor has been cut and Ben Te'o is on the bench. Matt Bowen is 18th man and there is even talk that Dave Taylor could come in for Matt Gillett before kick-off!

Game 3 kicks-off at around 8:00pm on Wednesday July 4 at Suncorp Stadium in Brisbane.

NOT The Footy Show Episode 113
Origin 3 and Round 17 NRL Preview - Released Wednesday June 27, 2012
Right Click Save Target As This Link if you don't have iTunes for the MP3 File.
Subscribe to the Podcast via this link / Download mp3 version

LIKE the show on Facebook for all the latest updates.
NOT The Footy Show will release another Podcast next Thursday night - July 5 with our Origin 3 Review Show.

The Game 1 and 2 leaderboard is in and the author is covering the rest of you like ash from a volcano... getting the Game 2 score 100% right kind of helped, but a perfect effort in Game 3 could vault you into the lead.

We have changed up the Exotic Over/Unders for Game 3 to keep it fresh, but the basic categories stay the same. There is a weighted scoring system - essentially pick the score kicks butt over anything else (up to 5 points for a Full Time Correct Score), while the 1st tryscorer, Man of the Match, 1st Error markets etc are worth 1 point each and any correct Over/Under is worth half a point.

Here we go with our Game 3 Predictions. Post your predictions either below or on our NRL Podcast Facebook Entry Form.
GAME 3 PREDICTIONS
FULL TIME SCORE

MAN OF THE MATCH


MOST KICKS IN GENERAL PLAY

OVER/UNDER OPTIONS - Correct = 0.5 point
Simply put you decide if the player in question will have more or less than the predetermined figure - set at a half point. 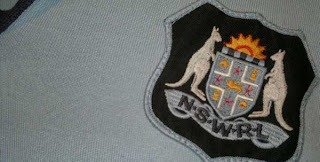 For the record www.wdnicolson.com is predicting a 19-18 NSW victory.

If you would like to take a crack at our panellists picks with your own - enter them here on NOT The Footy Show's Facebook Page before kick-off Wednesday.

GRADE: B
QUICK HIT POSITIONAL ANALYSIS:
Glenn Stewart is OUT, so Ricky Stuart must decide if Luke Lewis, Ben Creagh, Anthony Watmough or Beau Scott is his best starting right edge second rower. The decision could shape the outcome of the series because if he gets it wrong - NSW are in all sorts. Tony Williams will play, with Trent Merrin to miss out. Brett Morris is in for Akuila Uate but Stuart is dreaming if he thinks QLD won't just target Morris like they did Uate. Team is good enough to win, now do the players believe it?

GRADE: B+.
QUICK HIT POSITIONAL ANALYSIS:
No Ben Barba which makes a lot of NSW fans happy... but even Matt Bowen who was picked ahead of Barba as cover for Billy Slater (who was then ruled out) didn't make the final team, with Dane Nielsen coming in. Ben Te'o has ridiculously replaced Dave Taylor and it doesn't make a lot of sense given he's a liability defensively. Dane Nielsen will play now Slater is out and Greg Inglis is picked at fullback. Now Slater and Taylor are out and Darren Lockyer retired, QLD look rattled for the first time in a few years... Ben Te'o? Please!

NOT The Footy Show will recap Game 3 in full on Episode 114 this Thursday July 5 and the Podcast will be uploaded by 11pm.

CAN THE COCKROACHES SNAG A SERIES FOR THE FIRST TIME IN LIKE FOREVER?

Subscribe to the Podcast here
By W D Nicolson