#RLWC2013 Sonny Bill Williams wants in... so what if Jamie Lyon did too?

IF JAMIE WANTS IN - DO WE LET HIM? 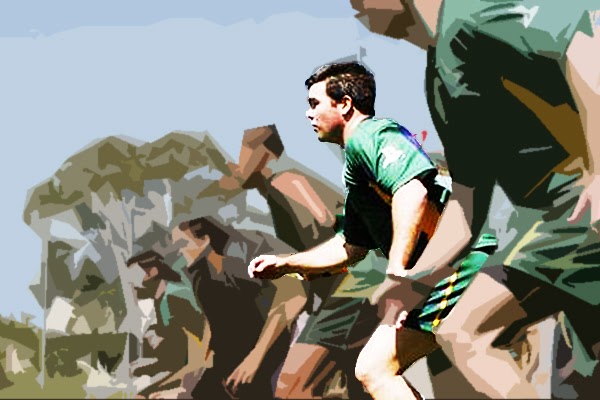 If New Zealand want to defend their World Cup title - SBW over Harris is a no-brainer... but what about Lyon over _____?
| 2013 Rugby League World Cup Schedule |

There appears to be a little more controversy left in Rugby League circa 2013 after all... after the Daly Cherry-Evans/Forward Pass/Penalty Try 'controversies' coming out of the Roosters claiming the NRL Premiership last Sunday, it seemed like for a few weeks at least, we'd have some quiet on the western front of Rugby League.

But thanks to Sonny Bill Williams - who won the Roosters the title with the best 27 minutes of pure impact footy in a big game you'll see this side of Andrew Johns' Origin cameo in 2005 - Rugby League is plunged into more controversy after the Kiwi changed his mind about representing New Zealand at the 2013 Rugby League World Cup in the UK later this month.

Essentially (and quite understandably) Williams cited the opportunity to have his first relaxing off-season since 2008 as his reason for making himself unavailable for Kiwi selection (and fuelling the collective opinion that he will head back to Rugby next season to be seriously considered for All Black selection in the 2015 Rugby World Cup) on Tuesday morning, only to change his mind later that night and declare himself keen to represent the Kiwis in their quest for back to back World Cups (also quite understandably).

The controversy is that New Zealand had already selected their squad believing Williams would not play... and thus to include Williams in their touring party a very recently selected player would have to be cut hours after finding out he was part of the team...

That unlucky youngster is Storm second rower Tohu Harris and he was punted to make way for Williams on Wednesday.

But is he really that unlucky?


Well in the sense that for a few hours he thought he was on the plane to England - yes, but given he has clearly been identified as the player who was picked as Williams' replacement - there has to be a certain amount of perspective attached to his selection. Basically - kid you ain't in the team if SBW is. Furthermore it also shows that a number of other Kiwi forwards (also named in the same initial squad as Harris) were ahead of him on the depth chart anyway - so his place in the squad (while EARNED - he had a great rookie season) was not endorsed by a 'you will start every game' directive from coach Stephen Kearney.

So it's a no-brainer for the Kiwis - with SBW they can certainly defend their title, without him, Harris may not have even been in their best 17 to try and do it.

But that leads to the next question - and why you clicked on this article's headline - what if Jamie Lyon said that Manly's run to the Grand Final re-ignited his passion for representative footy and he wanted to play in the World Cup for Australia?

Well... would his form this year dictate that he - not Michael Jennings or Josh Morris (who made the plane and likely in that order) - get the right centre spot alongside left centre Greg Inglis for the Kangaroos in their first game on October 26?

It is a question that should be asked in the 'theoretical' sense that everyone seems to be talking about how Harris should get his spot ahead of SBW because the superstar forward changed his mind 'too late' in the process. The fact is - SBW is in that team if he wants to be, Harris obviously was not locked in when the Kiwi selectors sat down to discuss it. The Kiwis - quite rightly - went with the superior player.

So if Jamie Lyon wants to play for the Kangaroos again - theoretically Australia are in their rights to 'pull a New Zealand' and pick him on the plane ahead of Josh Morris... right?

Whether or not Lyon wants to play is irrelevant in this argument (or if he would declare even if he did) but would the people/Australians sticking up for Harris and saying he's been ripped off and SBW shouldn't be able to play (when he wants to) - feel the same way if Lyon did the same thing as SBW and Josh Morris got the boot?

You have to wonder...

Just quickly - congratulations to James Maloney for winning #NRLTweetPlayerofFinals Award and the Grand Final Man of the Match on Sunday after his Roosters defeated Manly 26-18 in The Decider. You can hear the full voting results on Episode 145 of NOT The Footy Show - the Grand Final Review Podcast.

Subscribe to the NOT The Footy Show Podcast on iTunes
We might be back for a few shows during the World Cup - fingers crossed right?
Follow @NRLTweet
By W D Nicolson