It's been six long years without a State of Origin Series victory and if the 17 players Ricky Stuart puts out on the field tonight in Game 2... it'll be an even longer seven years worth of pain and suffering.

Don't let any niff nuff Queenslander try and tell you they care about Origin more than a Cockroach - try losing six (and maybe seven) series in a row and see how it feels.

Quite frankly, it sucks.

The thing is - unlike some Queenslanders in 2000 after the Blues obliterated a very handy Queensland side in Game 3 56-16 to bluewash the series - the popular cry from north of the border was 'Origin is dead'... well last time I checked the pulse of NSW (faint as it may be without a series win while my nephew has been alive) - there hasn't been a single call to punt Origin.

Because we care more than Queenslanders do.

There I said it. And I mean it. 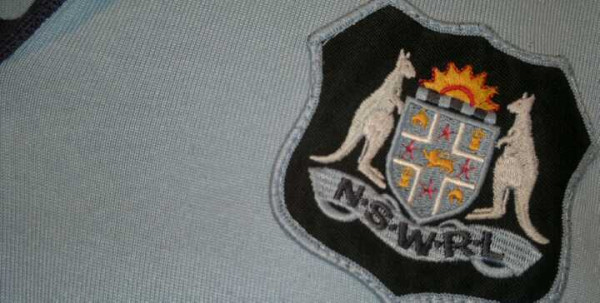 Stick that up your Cane Toad's butt and smoke it Banana Benders.

Try losing six series in a row and see if gracious Mal Meninga (what a player, what a champion but please spare me the dribble Big Mal - you've just forgot how losing felt all those years in Canberra when you had an all-star cast but couldn't coach a lick) will continue to trot out the 'refs are always right, we always abide by the decision of the ref, can I get you another cucumber sandwich to go with that paper bag Mr Archer?' - when Queensland loses even three series in a row, let alone six...

In no way am I detracting from the AWESOME run this Queensland group has had - if you've ever read or listened to my view on why Queensland keep winning it is full of respect for the class and truly great players they are able to put together and have kept together over the years.

But don't try and play the 'Origin matters more to Queensland' card with me my Queensland friends, losing six (and I'm still praying that it isn't seven later tonight) series galvanises the love of Origin south of the border, but yes, it would be nice to win again for the next generation (my nephew included) who has yet to hear me say:

Seeing his response will be worth six years of suffering and persecution for being Blue... as it will be for all the NSW faithful when they ring their QLD mates and tell them where they can stuff their Cane Toad.

Mind you, a win tonight only gives NSW a chance to win the series, let's not get carried away like a certain QLD radio station who had the audacity to play Queen's 'We are the champions' after winning Game 1... last time I checked Game 1 didn't decide anything... but if the Maroons win Game 2 - I expect to hear it loud and proud north of the border.

As for who wins and why? Well after that diatribe there's really no point outside of to say Robbie Farah and Todd Carney have to be the difference with the ball and NSW have to defend like they've lost six series in a row... and hope this Queensland team are getting bored.

Game 2 kicks-off at around 8:00pm on Wednesday June 13 at ANZ Stadium in Sydney.

NOT The Footy Show Episode 110
Origin 2 and Round 14 NRL Preview - Released Wednesday June 6, 2012
Right Click Save Target As This Link if you don't have iTunes for the MP3 File.

The Game 1 leaderboard is in, but I don't have it with me right now ... (code for - I'm actually winning - fair and square but I didn't want to gloat because there's still two games to go if you enter each time.)

We have changed up the Exotic Over/Unders for Game 2 to keep it fresh, but the basic categories stay the same. There is a weighted scoring system - essentially pick the score kicks butt over anything else (up to 5 points for a Full Time Correct Score), while the 1st tryscorer, Man of the Match, 1st Error markets etc are worth 1 point each and any correct Over/Under is worth half a point.

Here we go with our Game 2 Predictions. Post your predictions either below or on our NRL Podcast Facebook Entry Form.

MAN OF THE MATCH


MOST KICKS IN GENERAL PLAY

OVER/UNDER OPTIONS - Correct = 0.5 point
Simply put you decide if the player in question will have more or less than the predetermined figure - set at a half point.

MAXIMUM PROP MINUTES - Over/Under 54.5 Minutes for any of Grant/Tamou/Scott/Civoniceva/Merrin/Hannant/Shillington


For the record www.wdnicolson.com is predicting a 16-12 NSW victory.

If you would like to take a crack at our panellists picks with your own - enter them here on NOT The Footy Show's Facebook Page before kick-off Wednesday.
TEAMS GAME TWO

QUICK HIT POSITIONAL ANALYSIS:
Well no one is shocked to see the State of Origin career of Jamie Buhrer over after 7 minutes, but Ben Creagh's held his spot in the team and that's slightly more surprising given Creagh's lack of impact in Game 1.
Creagh is joined on the bench by Game 1 starter Luke Lewis, who makes way for the move of Paul Gallen to lock and the inclusion of Penrith prop Tim Grant - who has been huge for the Panthers since returning from injury recently - but how Aaron Woods also didn't force his way in given he has been in even better form for the Tigers (and at the expense of Creagh) is the biggest question Ricky Stuart needs to address.
Anthony Watmough has also been included after being omitted for 'injury' reasons in Game 1, with Tony Williams missing due to a back injury.
There are no other changes, with Todd Carney needing a huge game to keep the series alive.

QUICK HIT POSITIONAL ANALYSIS:
This squad has won SIX straight Origin series and won Game 1 this year to be within a win of SEVEN straight series wins... suffice to say it's still pretty good heading into Game 2! Barba won't play but Parker could be a late inclusion if Matthew Scott is unavailable due to personal reasons and David Shillington or Ben Hannant would start. Sam Thaiday was a late withdrawal, so Corey Parker or Dave Taylor will start.

NOT The Footy Show will recap Game 2 in full on Episode 111 this Thursday June 14 at 8:15pm and the Podcast will be uploaded at 11pm.

CAN THE COCKROACHES SNAG A WIN IN GAME 2 LIKE LAST YEAR?
NOT The Footy Show is an NRL Show available via an iTunes Podcast and on our YouTube Channel. Subscribe to the Podcast here.
By W D Nicolson