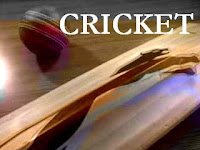 England defeated Australia by an innings and 157 runs to win the Test Match and retain the Ashes.

Please Note:
Due to being away for the Christmas Holidays there will not be daily recaps of the 4th or 5th Test. There will be 4th & 5th Test Reviews with Winners/Losers, Player Ratings & MVP Votes at the conclusion of the 5th Test Match.
MATCH RESULT
For the Full Scorecard (Click for link to cricket.com.au)
4TH TEST - AUSTRALIA v ENGLAND

GET LIVE SCORES VIA THIS WIDGET
Please Note: Due to Christmas Holidays there will not be regular updates of the 4th Test on wdnicolson.blogspot.com


ENGLAND lead 2-1 in the Best of Five Ashes Tests.

Due to being away for the Christmas Holidays there will not be daily recaps of the 4th Test. There will be 4th & 5th Test Reviews with Winners/Losers, Player Ratings & MVP Votes at the conclusion of the 5th Test Match.


5 - Jonathan TROTT, England
Capitalised on the great start by Andrew Strauss & Alastair Cook and then took the Test (and the Ashes) away from Australia in an innings worth 168 Not Out and lasted 499 minutes. Australia look clueless bowling to him and feed his strengths way too often. wdnicolson.blogspot.com.
2 - Jimmy ANDERSON, England
Continues to be the most lethal bowler in the Series and could be the best bowler in the world right now such is his ability to swing the new and old ball. Removed the entire Australian middle order on Day 1 (Clarke, Hussey & Smith) then got Mitchell Johnson to finish with 4 1st Innings wickets. On fire. wdnicolson.blogspot.com.
1 - Chris TREMLETT, England
Along with Anderson the tall timber destroyed Australia on Day 1 to set up the rest of the Test. May not have grabbed a bagful on the 2nd innings but the Test & Ashes were won on that 1st Day. Is bowling superbly. wdnicolson.blogspot.com.

WHO TAKES THE ADVANTAGE FROM THE MCG?
ENGLAND - duh!

IN GAME TWEETS - Not available for the 4th Test - apologies.

There'll be scores from during and at the close of play on each day updated on this page and simply follow the Twitter Feed below for regular commentary on the match.
Please note although The NRL Tweet deals mainly in news relating to the National Rugby League - it will have Cricket Tweets from the Ashes Series throughout the Summer.
The Tweets displayed on this page will only contain Ashes Tweets during the Test - they'll become dated in the days following the match so make sure you follow us on @nrltweet to stay up to date via Twitter.

Full Scoreboard updates during play at the top of the page & Check out the Twitter Updates As Well.