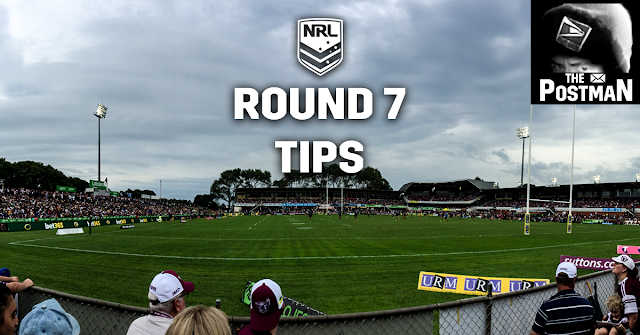 5/8 for 5 straight weeks... then the hammer of tipping reality smashed us in Round 6.

The Raiders and Bulldogs bailed me out with victories... but shame on you Roosters, Penrith, Manly, North Queensland, Parramatta and Melbourne for thinking you were, like... any good.

Let's get into Round 7 and hope we never have to speak of that insipid 2/8 performance again...


We'd prefer to watch Ian Herron run down the sideline over and over again...

🚨 Podcast Alert: TWO new NOT The Footy Show Podcasts are out this week again! So fill your commute tonight or tomorrow below: 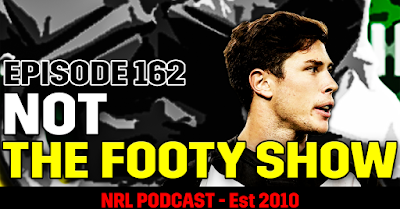 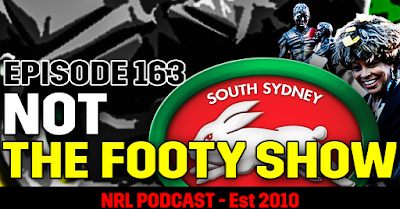 Bulldogs over Rabbitohs
Don't know how to split this one... as both are very average sides. Brett Morris at fullback is a win for the Dogs but they lost Klemmer to injury. By rights I should be picking Souths and still might before kick-off... Watch this space - this pick isn't set in stone whatsoever.

Roosters over Knights
Chooks bounce back in a big way with a big win over the Knights in Newcastle.

Broncos over Titans
Ben Hunt being out is a massive loss so this ain't no certainty picking Brisbane. Titans have a few troops back but you can't tip them unless you got 2/8 last week... oh wait. Nah stick with Broncos - I certainly didn't last week against the Chooks and got burnt.

Storm over Sea Eagles
Manly take care of business against St George Illawarra last week and yeah - I'd consider them in this one given Melbourne got beat at home by the Sharks. But the Dragons ripped Manly a new one - also at Brookie - so there's no way I'm picking Manly here. Storm also could get Munster and Jesse Bromwich back so you've gotta go Melbourne.

Raiders over Warriors
Shant be picking the Warriors away from home often this year (got scalded a couple of weeks back when they fell over at Kogarah) so going with Canberra. Yes Warriors are 2-0 with Foran but I'll take Canberra in Canberra please.

Dragons over Cowboys
Josh McCrone is 9-4 as the starting halfback for Saints... he'll be 10-4 after Saturday night in Wollongong with North Queensland short of just about everyone bar Jason Taumalolo (who can't win the game by himself can he?)

Panthers over Sharks
Toss a coin. Jack Bird defecting to Brisbane can't have helped preparations today at Cronulla but Penrith are dealing with their own fallout from the stance they took on some key players two weeks back. Penrith at home... I guess... it's not a strong case I admit - esp given Cronulla accounted for Melbourne last Sunday.

Eels over Tigers
Corey Norman is better than Mitchell Moses... so that decides this week. But hey they could be team-mates next week - how good is the Rugby League contract these days!