NRL 2013: Who will kick for your team this season?

The Postman picks your club's 2013 goalkicker 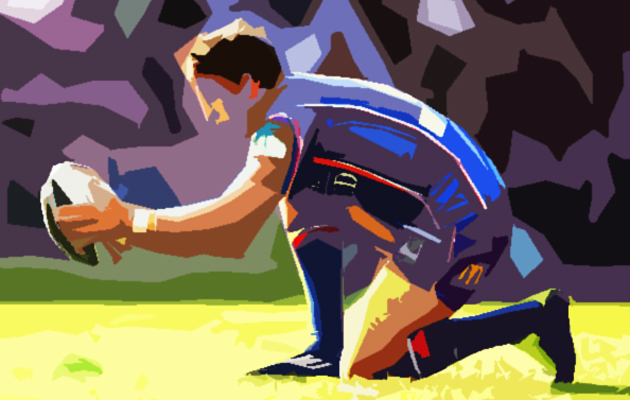 The Postman is back with another dose of Fantasy tips for all you NRL Dream Team and NRL Super Coach tragics and today we're looking at the likely first and second choice goalkickers at all 16 clubs.

Now goals are the gravy on top of the Fantasy roast as far as the quality players in either game go, so don't ignore their value in putting your team over the top - particularly from a Head to Head perspective.

But it is important to get the good speculative oil on who is likely to kick for all 16 teams, as everyone waits for the release of the actual Round 1 Lineups on March 5.

If you want to double check any of the goalkicking percentages - just head to the outstanding Rugby League Project Database and lose yourself for a couple of hours.

Key: 2012 Incumbent stats are for the 2012 season only. All percentages listed thereafter are Career Stats, if a player has no % next to his name - he has yet to take a goalkick in the NRL.

The Postman's Mail: Parker struggled at times in 2012 with his goalkicking but at his best he's a sharp-shooter from anywhere on the paddock. Prince is a dead-eye from close-to-mid range but hasn't got the leg to slot the wider shots anymore, plus Prince isn't guaranteed a start in Round 1 (if he starts however he is probably going to get the job). Right now Parker should be the favourite given his spot in the team is assured, while Prince is the likely #2... unless Peter Wallace (Option 3) and Corey Norman are preferred in the halves. Corey Norman kicked 2 goals last year and Ben Hunt has experience in juniors.

The Postman's Mail: The days of Campese being the clear cut choice are long gone after Croker took out top-pointscorer for the entire NRL last year. Dugan has spent the off-season remembering how to kick (he did in the U20s) to be Croker's backup, while Williams has a lot of goalkicking experience as well. Campese will be limited to spot duty, while Ferguson's lasting memory as a kicker was his shocker in the semi final against Cronulla last year.

The Postman's Mail: Inu will hold onto the top job despite Turner's return from injury. Reynolds was a lower grade goalkicking machine, while Ennis has been the first choice kicker at a couple of clubs in the past.

The Postman's Mail: Carney will be unseated for two reasons in 2013. One - he had his Achilles repaired in the off-season and Two - Gordon is a slightly superior kicker. Then there is Chad Townsend who can also slot them - so don't be surprised if Carney does zero kicking in 2013.

The Postman's Mail: Prince is gone, so Sezer will step up as his replacement in the goalkicking department as well. Kelly has lower grade experience and is the logical backup, while the next two in line are both halves who can kick... but neither Rankin or Henry are expected to play with Sezer and Kelly fit.

The Postman's Mail: Lyon gets the job done so he'll be Manly's #1 choice. Having said that Cherry-Evans did have the task at the start of his career in 2011... so he's a logical backup. Matai and Williams have kicked in the past.

The Postman's Mail: Smith is pretty much the most complete player in the game so of course he'll keep the job despite a down year in 2012. Widdop is no mug as his backup, but Cronk didn't look likely when he was the emergency choice in the past. McGahan was a beast in NYC and Duffie has only one kick in his career.

The Postman's Mail: Captain Kurt will get his job back fulltime, while Roberts might be lucky to get a spot on the bench. If both are out of the squad, then Gagai probably steps forward, as his spot in the team is far more secure than Mata'utia's. Hilder has dabbled in the past, while Stig might not even get on the field due to injury.

The Postman's Mail: JT is a genius... Morgan is solid but will miss the early rounds due to a broken jaw and he might not get back in the side if Robert Lui performs. Bowen, Graham and Fai-Fai Loa are the spot duty guys, while Feldt has scored a plethora of points in NYC.

The Postman's Mail: Sandow surprisingly lost out to Burt for the job last year, and in a funny way it might have had an impact on his form in... okay he was terrible last year but he can kick. Kelly is the backup, while Mullaney is a NYC goalkicking legend.

The Postman's Mail: Walsh held the job when Michael Gordon returned from injury late last year, but a quad injury could keep him out of the kicking job in the opening rounds. As a result Naiqama probably gets the call, with Austin more of a chance if Walsh isn't in the side at all. Coote is the emergency.

The Postman's Mail: Reynolds might be the best from wide out in the comp... and he's awfully good from close range as well. Remember Luke wasn't a bad kicker when he had the job fulltime, but he won't get a look in unless Reynolds goes down injured. Goodwin has some NRL goals on his record, as do Merritt and Inglis. Crocker is the kicker everyone forgets because he hasn't slotted a goal in the NRL since he was at the Roosters in 2004... but his career % is outstanding.

The Postman's Mail: In his prime - Soward was one of the game's best but those days are past him. Drinkwater was a point-scoring machine in the NYC and though Soward is likely to get a few mulligans if he starts the year poorly with the boot - once Drinkwater gets into the run-on side - Soward will need to be consistent. Stanley has a big boot on him, while Fien is only an emergency option.

The Postman's Mail: Anasta did a decent job for the Roosters but Maloney can be Money when in touch. Mortimer needs to get a run in first grade to even think about, while yes - that's SKD as the backup.

The Postman's Mail: Johnson has been given the nod ahead of Locke to take the reigns from the departed Maloney. Henry looks to be the next cab off the rank, while Tuimavave and Siejka only come into calculations if there's a few injuries.

The Postman's Mail: Benji is a good kicker, but Anasta matched him at a 75% clip last year and might have a more reliable strike - though Anasta won't play 80 minutes you wouldn't think in the backrow. Miller has done the job in the NYC before, so he might even push into the backup role fulltime if he manages to hold his first grade spot..

Think there's a 2nd Choice goalkicker on our 2013 list who should be #1?
Let your Local Postman know by commenting below or reply on Twitter.