State of the NFL - Week 8: Cactus Cowboys Prop Up NFL

STATE OF THE NFL 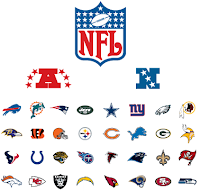 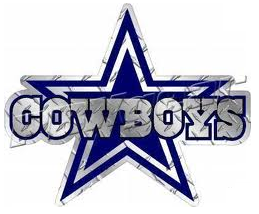 CACTUS COWBOYS PROP UP NFL
If I told you that after just eight weeks of the 2010 NFL Regular Season the Dallas Cowboys were no chance of playing in Super Bowl XLV on February 6, 2010 - would you believe me?

If I added that the game itself was going to be played at Cowboys Stadium - I'm sure you'd find it even harder to believe me that Dallas have won just one of their first seven games this season.

Was it the pressure of hosting a Super Bowl that caused the 2010 Cowboys to implode or did the title window shut on this edition of the Cowboys when they lost in the playoffs last year to the Minnesota Vikings?

Either way - this 2010 edition of the Dallas Cowboys stink. 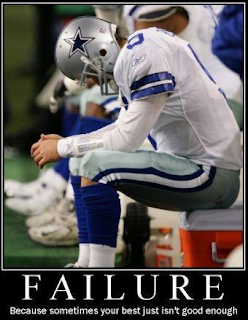 Yes, Tony Romo busted his collarbone in Week 7 against the Giants but his presence had hardly spurred the team to a good start. They were 0-2 in the blink of an eye opening with losses to the Redskins & Bears and despite beating the Texans 27-13 in Week 3 - lost their next four to the Titans, Vikings, Giants & Jaguars.

For a team that has such a passionate owner in Jerry Jones - who spent a ridiculous amount of cash on building Cowboys Stadium - the fact that his team ('America's Team' as he likes to call it) will not be playing in HIS stadium in a Super Bowl must be crushing his soul.

Head Coach Wade Phillips is a dead man walking right now, despite some great regular season records since taking over in 2007, his tenure will end at the completion of this season unless the Cowboys go on to win their remaining nine games.

Given the team is 1-6 there is not a single game on the schedule (especially minus Romo) that you can confidently say "Dallas will beat so-and-so."

That is a stunning admission. Even more so when they host the Detroit Lions in Week 11 and people will seriously be considering picking the Lions... yes the LIONS!

The same Lions that at 2-5 have a better record than the Dallas Cowboys.

In short - the Dallas Cowboys are in deep poop with nine weeks left in the 2010 NFL Season... Jerry Jones may have just built a stadium for his Cowboys but this off-season he may need to rebuild the team itself.

LATERALS ACROSS THE NFL...

Aaron Rodgers is the Man in Green Bay - although he went without a touchdown in the 9-0 win over the NY Jets, the Packers are 5-3 and on top of the NFC North at the halfway mark. Brett Favre may have taken the Vikings to the AFC Championship game last year but is there any question that Green Bay made the right call promoting Rodgers when Favre 'retired' the first time?

The NFC South could have Three Playoff Teams. The Atlanta Falcons & Tampa Bay Buccaneers sit atop the Division at 5-2 and the defending champion New Orleans Saints are 5-3 - when you look across the NFC - only the NY Giants at 5-2 and the Packers at 5-3 can match their records. There are five teams with at least four victories (Philadelphia Eagles 4-3, Chicago Bears 4-3, Seattle Seahawks 4-3, Washington Redskins 4-4 & St.Louis Rams 4-4). The Bucs are probably the team most expect to drop out of the running but at 5-2 you hold your destiny in your own hands at the halfway mark.

The Buffalo Bills will win a game... I'm just not sure when. The Bills are 0-7 but could easily be 2-5 had they managed to win their past two games - both crushing overtime losses to the Ravens & Chiefs. The good news for Buffalo fans is they play their next two games at home with the Bears & Lions due for a visit - both winnable... they then travel to Cincinnati and get to face Cleveland at home in Week 14. Their season may be over but the Bills should still avoid a 0-16 record.

Can the Oakland Raiders run down the Kansas City Chiefs? Or can the San Diego Chargers close the game for that matter? The Chiefs sit on top of the AFC West with a 5-2 record but the Raiders 4-2 and Chargers 3-5 aren't out of the running by any stretch despite having played an extra game. The Chargers kept their season alive beating the Titans but will have to

Is the AFC South the best Division in Football? Indianapolis beat Houston in MNF 30-17 to take outright lead in the Division at 5-2 but they have Tennessee right behind them at 5-3 and the Texans 4-3 and Jaguars 4-4 sitting just a game or two back. While record is not the be all and end all of determining the best teams - it helps and no other Division in Football has all four teams with at least 3 wins let alone 4 wins like the AFC South.

Finally - does Randy Moss end up BACK at the Patriots?
The Randy Moss experiment in Minnesota lasted all of four games when the Vikings cut the future Hall of Fame wide receiver today. This followed some rather strange comments Moss made in a press conference after New England beat the Vikings 28-18 on Sunday. Moss pledged his love for his former team-mates and said he missed them... "I'm going to leave the New England Patriots, Coach Belichick, man, with a salute. Man, I love you guys. I miss you. I'm out."
This came after they had beaten the Vikings and probably ended Minnesota's season. Moss apparently thought this was more than acceptable behaviour visiting the stadium of his former team but apparently Minnesota Head Coach Brad Childress didn't appreciate his wide receiver's love for the team Childress paid a 3rd Round Pick to get Moss. As a result the Vikings put Moss on waivers today... ESPN is reporting that the St.Louis Rams could be very interested in Moss if he falls to them on the waiver wire. And given they've just heard about how much he loves them once again, maybe the Patriots orchestrated the whole thing to get Moss AND a 3rd Round Pick for the playoff run.
Genius.
The Vikings?
Well they're stuck at 2-5 and have a broken quarterback in Favre who has been anything but clutch in what will surely be his final season in the NFL. And don't have a 3rd Round Pick to help cover up the holes that both Favre and Moss are leaving for next season.
How is your NFL team travelling in 2010?
At the halfway mark my Super Bowl is:

I've liked the Steelers all year even with their quarterback carousel but the defence looks as good as ever. The Ravens, Patriots, Colts & Jets loom as their biggest challengers in the outstanding AFC.
But no team from the NFC (even the defending champion Saints) fills me with enough confidence to suggest that they can beat the best of what the AFC has to offer come the Super Bowl. The Packers might have - but they have an injury list that is a mile long.
Enjoy the second half of the season - even if like me, you support the Cactus Cowboys.
For more on the NFL - NFL.com is just about as good as it gets when it comes to Official Websites.
By W D Nicolson