Australia cleared Ricky Ponting to play and decided not to play a specialist spinner in Michael Beer - with Peter Siddle holding his spot in the team.

England will sweat on the fitness of Jimmy Anderson (side) who is in some doubt for Boxing Day. Tim Bresnan would come in if England's best bowler this summer was ruled out.

Australia make no changes to their 12 man squad from Perth. Michael Beer remains in contention to play at the MCG on Boxing Day if Australia decide to go in with only 3 quicks with Peter Siddle the likely casualty. Speaking of casualties Ricky Ponting is in serious doubt with a broken left pinkie finger - a standby player has not been named but it is likely to be one of Usman Khawaja, Callum Ferguson or David Hussey. But Khawaja is the clear favourite.

England are expected to stick with Chris Tremlett as their 3rd seamer after he was their best bowler in Perth. And while Paul Collingwood should keep his spot ahead of Eion Morgan, it looks like he will drop down to Number Six with Ian Bell moving up a spot to Number Five.
A dedicated Fourth Test Page will be available before Christmas.

England are expected to replace injured fast bowler Stuart Broad with one of Chris Tremlett, Tim Bresnan or Ajmal Shahzad.

Ricky PONTING (c), Michael CLARKE (vc), Simon KATICH, Shane WATSON, Michael HUSSEY, Marcus NORTH, Brad HADDIN, Xavier DOHERTY, Mitchell JOHNSON, Peter SIDDLE, Ben HILFENHAUS, Ryan HARRIS, Doug BOLLINGER.
December 3 Update: Ryan Harris has been preferred to Ben Hilfenhaus for the final spot in the XI. England have retained the same team from the 1st Test.
December 2 Update: Mitchell Johnson has been dropped with Doug Bollinger to play. Ryan Harris & Ben Hilfenhaus are fighting a fitness race to make the final team - both are in line for the final spot in the XI.
December 1 Update: There is strong mail that Mitchell Johnson has been punted and will be replaced by Doug Bollinger. Ryan Harris is also in line to replace Ben Hilfenhaus who is said to be struggling with a hamstring injury that limited him in the 2nd innings.

November 29 Update: Marcus North survives for another Test Match with no batsmen added to the squad but Mitchell Johnson, Peter Siddle & Ben Hilfenhaus are all under pressure with the presence of Ryan Harris & Doug Bollinger in the 2nd Test Squad.

England are expected to field the same XI as Brisbane.

Updated November 24 - With Michael Clarke in doubt with an on-going back injury, Usman Khawaja has been flown into Brisbane as cover but Clarke is expected to play. Doug Bollinger has been punted from the lineup for Peter Siddle - despite Bollinger being the only Australian bowler in the Top 10 Test Rankings. Somehow Siddle continues to get a start despite admitting during the week that "I can do a lot more for Australian cricket than I have in the past..."

Head Australian Selector Andrew Hilditch: “This squad of 17 will be reduced to a 12 or 13-man squad at the conclusion of the next round of Sheffield Shield games and prior to the team arriving in Brisbane for the first Test."

Despite being favourites with the bookies - Australia will enter their second consecutive home Ashes Series without the little urn in their keeping. 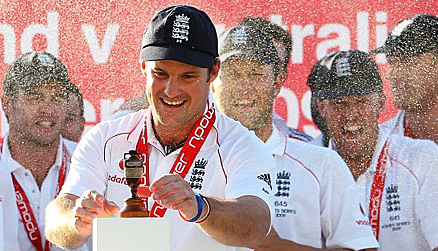 In fact should Australia lose this upcoming Ashes Series - it would mean that England (who couldn't win a thing against Australia from 1989-2005) will have won three of the last four Ashes Series, leaving just the World Cup the bastion of Australian dominance over the old enemy.

If you grew up in the 1990s then this is a reality that is hard to accept.

But with the First Test in Brisbane at the end of this month - England is not far from claiming outright bragging rights over a team that punished them in the Test arena for the best part of 20 years.

So what team will Australia pick to win back the Ashes?

Well judging by how the Australian Selectors have operated for a number of years you can bet your bottom dollar that regardless of the team they pick for the First Test - they won't make a change until it is too late if things go pear shaped. 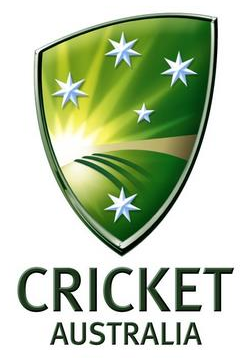 Doug Bollinger is the unlucky one to miss out at the Gabba as it appears that Peter Siddle's star remains far too bright in the eyes of the selectors to pick a wicket taker... that being said this is the Ashes so do your job Pete my boy and I'll support you.

Bollinger's omission means that Xavier Doherty is playing and Michael Clarke barring stiffness on Thursday morning will play ahead of Usman Khawaja. Steven Smith was released from the squad earlier in the week.

Notes BEFORE the 13 Man Squad was named on November 20.
There is an outside chance that Ryan Harris could force his way into the team for the First Test but he is battling a swollen knee from his first game back last weekend for QLD but it looks like Callum Ferguson, Usman Khawaja, Steven Smith & Xavier Doherty will miss out on making the Final Twelve.

So it appears that barring a miraculous recovery from Ryan Harris - Australia's First Test Team will be fairly predictable despite the naming of a bunch of talented players in an extended squad.

As an alternative here's my run down of the Australian Team I would pick to win back the Ashes.


There are three big changes to the team Australia will likely feature during the Ashes. 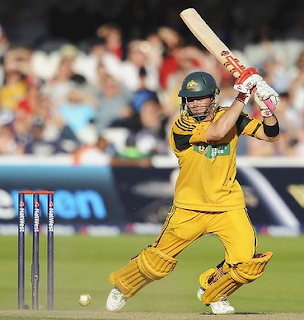 The first BIG change is South Australia's Callum Ferguson getting his chance to show his quality ahead of Marcus North at Number 5 and not at Number 6. Ferguson is ready for his chance and North has only been saving his Test career via big scores when runs are already on the board for the past 12 months. Don't get me wrong - when he gets a start Marcus North is a fine player - but Ferguson could be a middle order sensation and plugging him in at Number 5 moves Michael Hussey to a role that suits his game these days as an inning's anchor and allows Ferguson to play his strokes at third drop.

The second BIG change is punting Nathan Hauritz and giving someone else a go at the spinning role within the team. Hauritz has never been more than serviceable as Australia's #1 spinner and if you honestly think he's been a difference maker for Australia over the past two years against quality opposition need to consider these statistics: Since returning to the Test arena in November 2008 Hauritz has taken 21 wickets in 7 Tests against South Africa 2 Tests for 5 wickets, India 2 Tests for 6 wickets & England 3 Tests for 10 wickets. More significantly is the fact Hauritz has helped Australia to win just ONE of these Tests (v South Africa in Sydney Jan 2009), draw two and lose four.
Why Australian selectors thought that punting a guy who could take wickets like Jason Krejza was a good idea remains beyond me but in my opinion - Hauritz cannot be relied upon any more than Marcus North or Michael Clarke with the ball... and recent Test matches show that Ricky Ponting may well endorse that way of thinking. 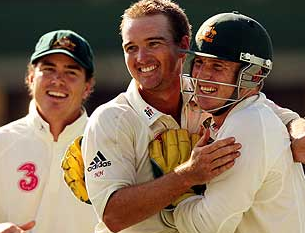 But who to pick instead of Hauritz?
Steven Smith is not ready as a bowler but he has made the First Test Squad and I endorse Mark Waugh's assertion that if Marcus North is going to stay in the Test team - it might as well be as a spinner!
Xavier Doherty also made the First Test squad but has been battling Jason Krejza for the first choice spinning role in Tasmania. The good news is either one are a better option than Hauritz. NSW tweaker Steven O'Keefe is also in contention with his selection for Australia A and his batting - like Smith - a big plus.
Then there is Cameron White... no I wouldn't pick him for this series as a bowler but who was the genius that got into his ear a couple of years ago and told him to give leg spin bowling away? Is there any doubt whatsoever that if he'd improved out of sight with the ball (that is he actually spun it) that he'd be in the team as Australia's #1 spinner? And think of the value he'd be at #7 in the batting order.
I did notice he bowled 6 overs in the recent Sheffield Shield match against NSW at the SCG... want to see more of this Cameron because if you can learn how to spin the ball - you will walk into the Test team.

In the end my solution would be to tell Ricky Ponting that with Michael Clarke & Simon Katich in the side - he's got two useful short spell spinners in the side already. As a result I would pick the best four bowlers in the country and if that means four quicks for the SCG & Adelaide as well- so be it.

So the third BIG change is to actually take in four quick bowlers for each Test unless some spinner makes an amazing case for selection at Shield level or Marcus North agrees that off-spin bowling is his only way to stay in the Test Team. Even then I would only play North in Adelaide & Sydney. The four quicks I would rely on are Mitchell Johnson, Ben Hilfenhaus, Ryan Harris & Doug Bollinger.

There is absolutely no room for Peter Siddle. (November 25 Update: Siddle gets picked then goes out and takes 6/56 in the 1st Test including a Hat-Trick... good call!)

So my Ashes Team would actually look like this in Brisbane, Perth & Melbourne: 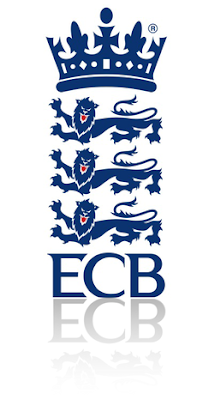 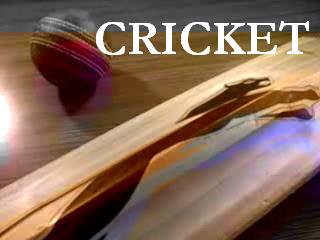 As for a prediction for the Ashes - I would love to say Australia with confidence but I don't know what team they will settle on.
As a result - England are a massive show in this Five Test Series and the smart money might actually be on a 1-1 or 2-2 drawn series.
Who would you pick in your Australian Team for the 2010/2011 Ashes Series?
What is your prediction for the result of the Ashes?
By W D Nicolson