Searching for Round 17 AFL Tips? Here's the link. This is an archived story - so check the main page - www.wdnicolson.blogspot.com for the current round of tipping for NRL, AFL and Super 14. The site is also regularly updated with opinion, news and features on sport, entertainment and life. 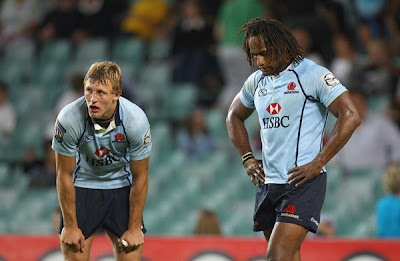 NRL Tips & Previews Round 17 2009 - AFL Tips & Previews Round 14 2009 - Wallabies punt Lote Tuqiri The biggest clash in the AFL since the Grand Final rematch is on this week with the undefeated Saints and Cats doing battle on Sunday Afternoon at Docklands as part of Round 14 of the 2009 AFL Premiership. In the NRL the marquee matchup is the Sea Eagles and Bulldogs on Monday Night Football as Round 17 ticks around. In Union there appears to finally be no place for Lote Tuqiri to waste the ARUs money doing nothing on the wing and he's been cut loose from his contract immediately. He may end up playing in the NRL for the rest of 2009 - yet again making a mockery of contracts. Can you kick a goal from the sideline just 1.5 metres from the tryline - interested in giving it a go? Go to http://wdnicolson.blogspot.com/2009/05/kick-off-2009-are-you-up-to-challenge.html for more information on Kick-Off 2009! NRL & AFL Match Previews below.

NRL ROUND 17 - 2009 Quick hit Previews for the Greatest Game of All. BRONCOS over WARRIORS > If Ivan Cleary picks his best pack (and that means more of Russell Packer than has been seen the past month) then the Warriors might get on top of the struggling Broncos unit who lost Nick Kenny to injury last week. But the Warriors look clueless in attack unless Lance Hohaia does something and the Broncos have Justin Hodges and Israel Folau back (although Karmichael 'I'm playing Rugby for the culture not the cash' Hunt is out). DRAGONS over ROOSTERS > Sure the Roosters finally broke through for a win - but that was against a Sharks team that had somehow unexpectedly won 4 in a row. Jamie Soward will have another field day here as the Dragons do the job up the middle down on troops leaving their attack to finish off Sydney. RABBITOHS over TIGERS > Souths actually looked half decent in their loss to the Knights and a day game is right up their alley. The Tigers are playing with one quality forward in Gareth Ellis and two quality playmakers in Benji Marshall and Robbie Farah - and far too many fringe first graders to confidently pick. STORM over KNIGHTS > If you watched the Knights opening 20 minutes against the Bunnies - you couldn't help but be impressed by the openess of the footy they played. But they didn't capitalise on the scoreboard and found themselves behind at the half an hour mark. They can't do the same to the Storm otherwise the scoreline could be anything as the Storm look to rebound from a poor display in Canberra. COWBOYS over SHARKS > If North Queensland lose this... well I won't say anything I'd regret because they simply won't lose this. TITANS over RAIDERS > The Sunday Afternoon timeslot in Canberra suits the Titans who would hate to be playing this game at night in the middle of winter. But it also suits the Raiders who - while not overly impressive against the Storm - like a dryish track. Leaning Titans based on table position but could switch pick on Friday. PANTHERS over EELS > When discussing this game with a friend earlier today I had no idea who to pick. Have taken the Panthers on home ground advantage alone at this stage. No Civoniceva or Lewis is not good news but the influence of Michael Jennings on this game decides it for mine. He fires and Penrith win. He doesn't and Jarryd Hayne steals the show... again. SEA EAGLES over BULLDOGS > A very tough game to pick given the Dogs just keep winning and the Sea Eagles still don't have Brett Stewart. But they are closer to full strength (only missing Stewart and Shane Rodney) and get to play this game at Brookvale. The Dogs without Ben Hannant is a huge factor and the Dogs also miss Jamal Idris for this encounter. Jarrad Hickey and Michael Hodgson vital for the Dogs but taking Sea Eagles at this stage.

AFL ROUND 14 - 2009 St.Kilda v Geelong - Sunday Afternoon - make an effort to watch and you won't be disappointed. MAGPIES over BOMBERS Bombers made me look silly by crushing the woeful Blues last Friday night but the Magpies are my pick at the moment. EAGLES over DEMONS West Coast just beat the defending premiers without Dean Cox... and whilst you give the Demons a decent chance because it's the Eagles - last week's result tips your hand. LIONS over POWER Not liking the look of the Power at all lately and yet they've gone and re-signed their coach Mark Williams based on what exactly? CROWS over TIGERS Richmond were easily kept at bay by the Saints and the Crows have won like a gazillion on the trot so for a game not in Tigerland - it's on the Gold Coast - take Adelaide. BULLDOGS over HAWKS This game will be a cracker for the single reason that if Hawthorn can't compete they will be written off as a chance to defend their title. On the Bulldogs given the way Hawthorn are struggling. SWANS over KANGAROOS Sydney had a four goal lead in the 2nd term over the Crows and blew it with boring non-attacking football leading into halftime but even without Barry Hall - they should beat North Melbourne in Sydney. CATS over SAINTS Even though Geelong are not defending premiers they don't appear to have slowed down at all over the last three seasons and deserve favouritism against the excellence that has been St.Kilda in 2009. BLUES over WHARFIES Looks like Matthew Pavlich won't play and Fremantle got spanked by Collingwood last Saturday - so pick the Blues and give Carlton another chance to show they aren't a pretender in 2009.

WALLABIES TEST SERIES WINTER 2009 No Test Matches for another fortnight after the defeat of France last Saturday night. Here is the Test Schedule for Winter 2009: June 6 Sydney 7:30pm (EST)