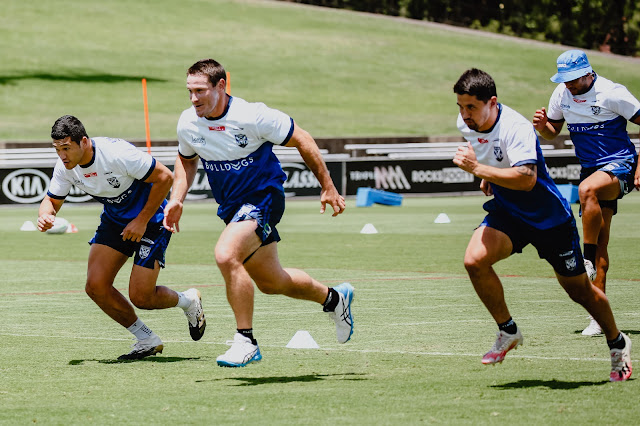 BULLDOGS 2021 NRL PRIMER
Follow @NRLTweet
Published December 4, 2020
The Canterbury-Bankstown Bulldogs have been back in training ahead of the 2021 NRL season for a couple of weeks now - and they aren't alone as most clubs hit the training paddock in late November - reminding us all just how little of an off-season there will be before the next NRL campaign.
So to kick-off our 2021 NRL Pre-Season Primers - let us look at what the Dogs have done to their 30 man roster and prognosticate how they'll look come Round 1.
The text version is below with a bonus 30 man depth chart, but you can listen or watch NOT The Footy Show's Podcast version below. 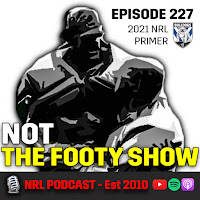 PODCAST:
Join Robb Cox and Warrick Nicolson for the first of NOT The Footy Show's 2021 NRL Pre-Season Primers with a preview of the Canterbury-Bankstown Bulldogs.
You can watch on YouTube or listen to the longer version via the Podcast link below.
🔘  Download the mp3 version
🔘  Stream the New Podcast.
2021 ROSTER ADDITIONS:
Nick Cotric (Outside back) from Canberra.
Kyle Flanagan (Half) from Sydney.
Jack Hetherington (Prop) from Penrith.
Corey Waddell (Backrower) from Manly.
Trent Barrett as Head Coach from Penrith.
From 2022: Matt Burton (Half) from Penrith, may be advanced to 2021 - TBD.
🎙 NTFS SAYS: Get excited Canterbury fans... the new head coach has wasted no time in adding some quality to a roster that desperately needed an injection of talent. Cotric committed before Barrett's appointment was official but in gaining Flanagan, Waddell, Hetherington and now Burton (signed from 2022) - the Bulldogs are finally starting to look like an NRL roster. The first four will all feature in the Top 17 and if they snag Burton for 2021 then the Dogs have some serious building blocks in play from March, which bodes for a much brighter future at Belmore.
2020 ROSTER SUBTRACTIONS:
Kieran Foran, Aiden Tolman, Reimis Smith, Marcelo Montoya, Kerrod Holland, Tim Lafai, Jack Cogger, Sauaso Sue, Isaiah Tass, Sebastian Winters-Chang.
🎙 NTFS SAYS: The key loss is Kieran Foran - who was undoubtedly Canterbury's most influential player in 2020 - but if they've ended up with Flanagan and Burton then not re-signing him was a move worth making. Tolman goes to the Sharks where he'll play less minutes but his time was up at the Dogs as they had to make room for the next batch of props, and Smith regressed badly in 2020 as his move to centre didn't get the best out of him. 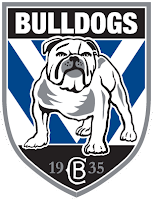 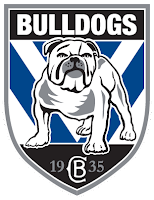 Top 17 come Round 1 2021
(Combination of predicted and our view as their Best 17)
What is your Top 17 for the Dogs come Round 1?
Post them in the comments below.
Enjoy great moments from the Winfield Cup Era (1982-95) on Facebook and Twitter.