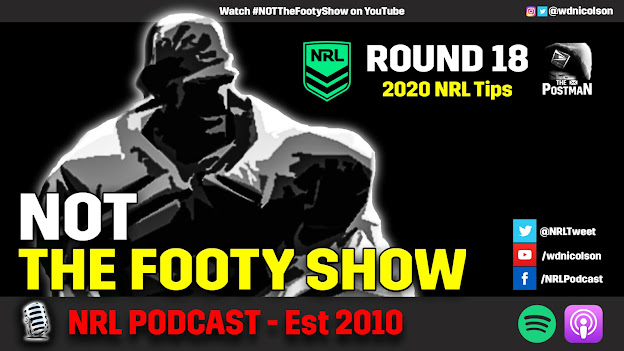 Let's be honest - Manly had their game won well before Josh Reynolds and Russell Packer did their Maccas run... but then the Tigers played some caution to the wind footy and consigned the Sea Eagles to possibly their worse loss of the season (yes I'm including their numerous pathetic efforts so far) as you just shouldn't lose a game like that when it seems the only thing the last 10 minutes is going to offer is whether or not you'll break 40 points or maybe even 50... The Tigers were shot. Yikes Dessie... not a good look.
The other upset was the Cowboys beating a Dragons team that has just no idea... they had the Titans and Cowboys back to back and a Sharks team teetering on the edge of implosion ahead of them and they've dropped both games... disastrous for Dean Young's head coaching hopes but it's not like Anthony Griffin's going to last long in the gig now he's got it from next year (on just a two year contract = such faith!).
Those were the two games I dropped in Round 17... but admittedly I wasn't overly adventurous with the tips.
95 from 136 with three rounds to go is 69.9%... so 70% is achievable but I can't afford to miss much.
Round 17 Results:
Panthers 25 Broncos 12 - Correct
Knights 38 Sharks 10 - Correct
Storm 22 Rabbitohs 16 - Correct
Titans 18 Bulldogs 14 - Correct
Tigers 34 Sea Eagles 32 - Incorrect
Roosters 18 Raiders 6 - Correct
Eels 24 Warriors 18 - Correct
Cowboys 23 Dragons 22 - Incorrect
2020 TIPPING STATS: 95/136 at 69.9% 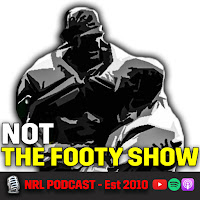 NOT The Footy Show's NRL Podcast is aiming to be back on deck weekly for the entire run through September and then the NRL Finals in October.

You can subscribe to watch NOT The Footy Show on Youtube or listen to the Podcast via iTunes and Spotify.

Round 18 Tips:
Thursday
Rabbitohs over Tigers
South Sydney couldn't get the job done against Melbourne but their form stayed pretty good despite the defeat. The Tigers were ordinary for most of their win over Manly and the final flurry shouldn't make you think they've turned a corner. Souths here.
Friday
Sea Eagles over Bulldogs
Next...
Panthers over Eels
Penrith need to get ruthless before the end of the season and dust someone like they did Manly and Canberra in back to back weeks a month or so ago... smashing Parra who likely won't have Mahoney would be just the tonic to pace themselves into the Finals. Parra have barely fired a bullet since they tore the Cowboys up in Round 8 and need a big scalp to reenergise their self belief. The Eels aren't without hope here but it is Penrith for me.
Saturday
Raiders over Dragons
Canberra didn't try and attack against the Chooks and got handled easily... the Dragons just showed zero gumption in losing to the pitiful Cowboys in a game that finally decided their Top 8 fate... go with the Raiders but Saints will show up again in one of the three games to finish their horror season... be warned.
Titans over Broncos
The Gold Coast will finish ahead of the Broncos on the table regardless of this result but they can make sure the Cowboys can't catch them in the completely useless 'battle for QLD' if they beat Brisbane. And I expect them to... although David Fifita will be primed to show what he can do against his future teammates. Still the Titans have the form of late on the board so you need to pick them.
Roosters over Knights
No Ponga, Barnett or Hunt - and the Chooks will probably be in a position to start Crichton and Cordner for the first time in a long time together on the edges. Keary and Tedesco could have a field day on Newcastle's edges... but JWH will be a bit lost without Ponga to target all match. Chooks win and win well to secure their Top 4 spot.

Sunday
Storm over Cowboys
Melbourne by as many as Craig Bellamy wants them to win by... is there a goals in a game record Cameron Smith can add to his collection?
Warriors over Sharks
Cmon Warriors - give us all something to cheer for the final two weeks of the season by knocking off the Sharks and getting to within 2 points of them in 8th spot (but realistically they need to finish 2 points clear of the Sharks due to differential issues)... Cronulla will however be safe in the Top 8 if they win here and could actually finish as high as 5th or 6th if they won out and results went their way. If Shaun Johnson plays I will probably go with the Sharks but at this stage - Warriors baby!

Bring on the Finals and more NTFS!