Soooooo many people die in Rogue One... not that you shouldn't expect it given where it sits in the Star Wars timeline - but from here on out - it's going to be Spoiler City in this Review. 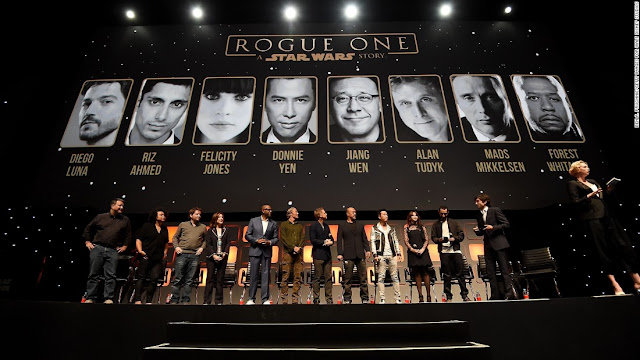 You do not want to be in this cast Q&A if you want to make an appearance in any future Star Wars movies... though given how Rogue One brought people back from the dead and from advanced age with CGI - you can't rule it out completely.

So I went to see Rogue One last night and with a good 1 and a 1/2 hours sleep on my side - here's my review.

That is if you like Star Wars remotely and like me - was reared on watching the original trilogy over and over again on VHS - mainly for the battle scenes.

Because you get your fill and more in Rogue One.

It's not a perfect film, it jumps all over the galaxy (yet thanks to movie magic hyperspace takes two seconds regardless of where the planet is relative to the other) - and probably lets itself down on a few fronts (more later) but as a whole - this is a very good Star Wars ride.

I'll just jump in with thoughts as they come to me - it won't be entirely linear but hopefully it gets the job done.

What about the good guys you say? 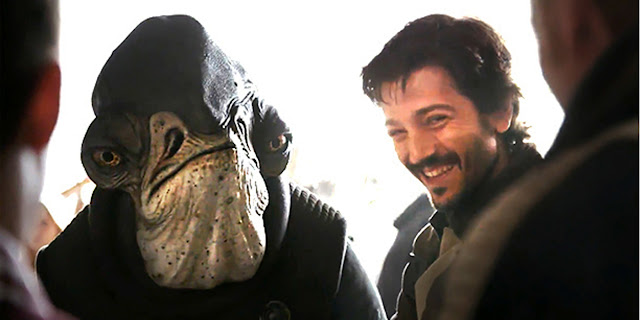 Let's wrap up the best scenes and get out of here:
And of course - Vader going to town in the corridors on the Rebel flagship as he tried to get the plans back.

That was worth the price of admission alone.

What did you make of the film and or any of my copious amounts of randomised notes?

NEW Episode shortly!
Subscribe to the NOT The Footy Show Podcast on iTunes
Follow @NRLTweet
By W D Nicolson