NOT The Footy Show's Fantasy & Tipping Comps for 2011

Welcome to Season 2011 of the NRL.
Click here for all that wdnicolson.com will be offering on the Greatest Game of All this year. 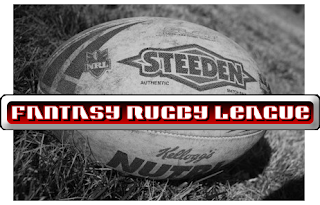 NOT The Footy Show is back for another year and this time around we'll be running Fantasy & Tipping Comps.

The Fantasy League is a throw-back to the olden days when Rugby League Week ran a simple yet totally addictive game that was based on just Tries & Goals - and that makes it both easy to enter and even easier to follow.

To submit your team for NOT The Footy Show's Fantasy League simply go to this page on wdnicolson.com and pick your team!

We'll be offering NOT The Footy Show T-Shirts as Phase Prizes - and there'll be 3 Phases during the season.

Our Tipping Comp is sticking with the Daily Telegraph website because they A. Have decent prizes (10k to the overall winner & $250 to the top tipper of the week), B. Their tipping system means you only need to tip once to enter multiple competitions and C. A large number of footy fans use their Super Coach Fantasy game so it makes sense to have our Tipping Comp on the same site.

Invite your family, friends & co-workers so we can make it a League worthy the prizes on offer...

Not only will you put yourself in the running for the DT's prizes but NOT The Footy Show will be putting up our own set of prizes for the Tipping Comp. Watch this space for details on what they will be.

Here's our Season Promo direct from the hallowed turf (& sand) of Brookvale Oval after the Manly v Cronulla Trial in February. (Now Available in HD)

So get involved and listen out for the first NOT The Footy Show Podcast of 2011 coming Thursday February 17, 2011.
Listen to it here.

The NOT The Footy Show Team.
By W D Nicolson