So we asked the question on Twitter - do you want to read a team that we would pick for State of Origin 1 or the team we think the selectors will pick?

Some gave a clear answer, others clearly just wanted both. So we'll stick with the team we would pick, then go to the team we think Laurie Daley selects on Monday.

In short - our NSW team is picked to score points. Queensland have 20 points in them at least, and picking a team that completely relies on keeping QLD to 12 points or less has zero margin of error.

You won't agree with every pick - but that's not the point.

We'll do our QLD team tomorrow. 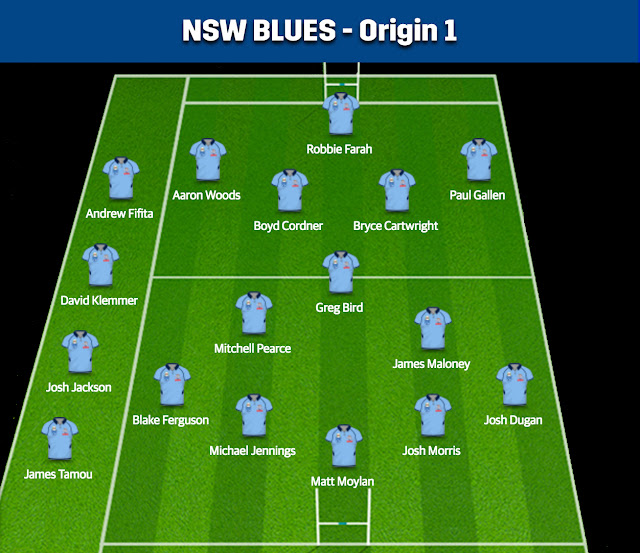 And... this is the NSW Team I think Laurie Daley will probably pick on Monday:

So it's not drastically different to our team but the one selection we're not convinced we're aligned on is Moylan over Dugan at fullback. And that's the one (along with Farah over Ennis) that in our minds is the most important to get right if NSW are to have any hope in this series.