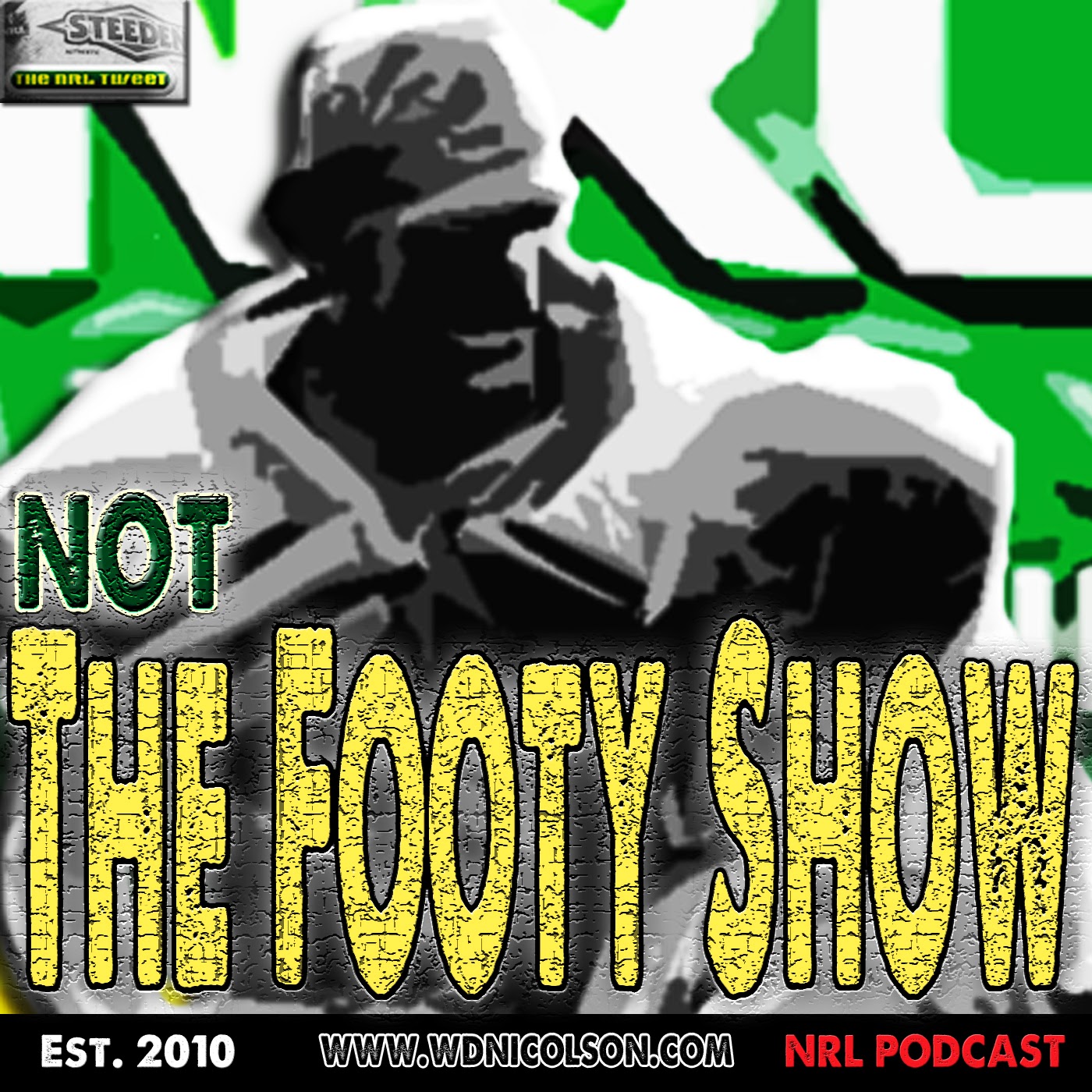 Join NOT The Footy Show for NRL Season 2014!

Straight up - we will not be doing weekly regular shows like we have in the past (though we may pump out a quick tips pod every week... maybe) but since we keep getting told by one or two fans every off-season that we can't go away for good... we will be around in 2014.

THIS WEEKEND WE RECORD OUR 2014 PICKS PODCAST - SEND US YOUR PICKS HERE AND WE'LL READ THEM OUT ON EPISODE 149 - released Sunday Night!
The format will simply involve doing short 20 minute shows here, there and every so often - basically whenever the game demands that your favourite collection of Rugby League Lovers can find the time to not only record - but then edit the 'gold' that you've become accustomed to over the last five years.

Yep, we enter SEASON FIVE in 2014... and we've come a long way since recording our first official show in front of Ray Price's crotch at Parramatta Stadium before the 2010 NRL Season (though Nic and Waz did record a bunch of YouTube Video Shows during the 2009 Finals - that time in front of a Pizza shop in Sydney's north west).

So jump onto itunes and subscribe if you haven't bothered up until now and... tap into the NRL Podcasting Odyssey that just won't go away.

Looking forward to it? Let us know on the FB Page please - why not share the love?

To interact with the Show during the year:

Grab the Latest Show off iTunes right here
Download the mp3 version
Or stream it on www.wdnicolson.com