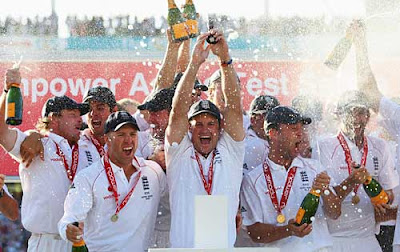 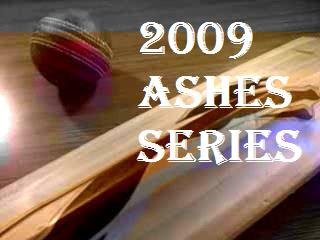 Andrew Strauss and his English side has played far better cricket in the deciding Fifth Ashes Test at The Oval in London to claim the little urn for the second time in three series. The Australian chase of a world record total rested on the shoulders of captain Ricky Ponting and Michael Hussey and while they were there - Australia had a sniff. Then Hussey takes off for a single that was sketchy at best but Ponting doesn't seem to extend himself from the start and is caught short by a wonderful direct hit from Andrew Flintoff. His throw is the moment the Ashes is lost - and despite being average with bat and ball in his final test match, Flintoff still produced the 'play' of the Ashes by running out the Australian captain. 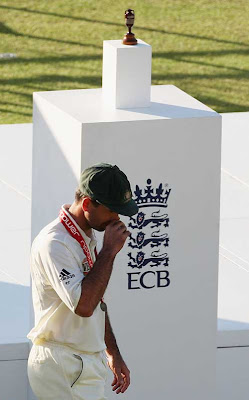 Ponting and Hussey were the only players capable of standing between England and victory.

Now Ponting's legacy as Australian captain is forever tainted by the fact he has lost both Ashes Series he has contested as skipper in England and as great a batsman as he's been - this is what he'll be remembered for. Australians the world over must now endure another two and a half years of English friends and family gloating about the 'mighty mighty England' and to all those 'supporters' who complained that Australia dominating world cricket was boring from the mid 1990s til the mid 2000s, keep your mouth shut and don't say a word - you're a disgrace. Winning is everything in sport. And if you can't enjoy your country winning, then you shouldn't open your mouth to offer 'suggestions' when they're losing. Congrats again to England. But this is not the Test Match that hurts the most. I for one will be haunted by the Cardiff debacle when Australia lost a game they should have won easily. That Test was the defining moment in Ricky Ponting's captaincy career that showcased why he is not a great captain. A fine batsman in any era yes, but a great captain he is not. ============================================================